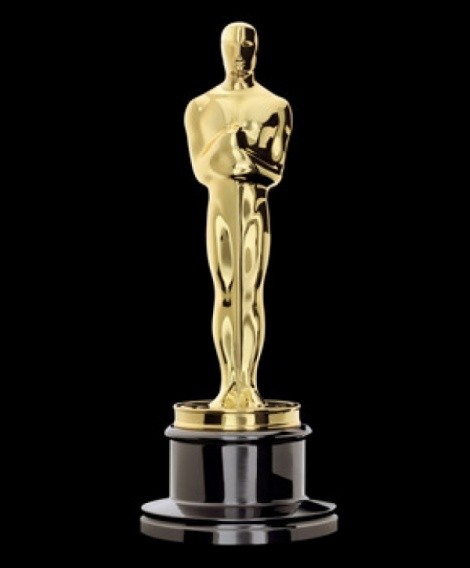 Because I'm contractually obligated to do so, I watched the 81st Academy Awards ceremony last night. I did so despite my conviction that, even more so than most Oscar-casts, it would offer mostly pre-ordained victories and time-killing montages. The fact that I managed to score an 80% prediction rate says less about my prophetic abilities than it does about how painfully obvious Academy members are to figure. If you knew the live-action short Spielzeugland was about the Holocaust, and didn't pick it to win, you've never watched the Oscars before.

What the producers of the show tried to do, was make the show more "intimate." Musicians played in the aisles during production numbers; presenters practically held conversations with the acting nominees from the stage; Jackman's energetic opening "salute" to nominated films included weird, deliberately low-tech set pieces. By the time Kate Winslet's dad whistled to her from the back row during her acceptance speech, it was starting to feel more like a high school graduation than a celebration of Hollywood royalty.

Was this the industry's attempt, during hard economic times, to make movie people seem like jes' reg'lar folk in Versacci gowns? Hard to say. It did, however, succeed at making them seem jes' boring folk. The acceptance speeches were generally tedious litanies of "thank you's," with the occasional moment of real emotion like Milk screenwriter Dustin Lance Black's plea for gay rights. How in the world did the acceptance of Heath Ledger's posthumous Oscar by his parents turn into one of the evening's most tedious moments? Thank heaven for animated short film winner Kunio Kato squirming his way out of his broken English with "Domo arigato, Mr. Roboto," and Man on Wire aerialist Philippe Petit showing off his sleight-of-hand talents.

By the time it hit the Best Actor category, I don't think I'd ever rooted harder for anyone than I was rooting for Mickey Rourke, if only because he was guaranteed to do something bat-shit nuts up there. Sure, Sean Penn acquitted himself with admirable charm and self-deprecation, but in a show utterly lacking in surprises, something more was needed. Congratulations, Slumdog Millionaire, on not just winning Best Picture but in plastering your theme of "destiny" over the entire awards evening. And destiny, it turns out, just isn't all that interesting.