Enchanted: It's a Gay Thing 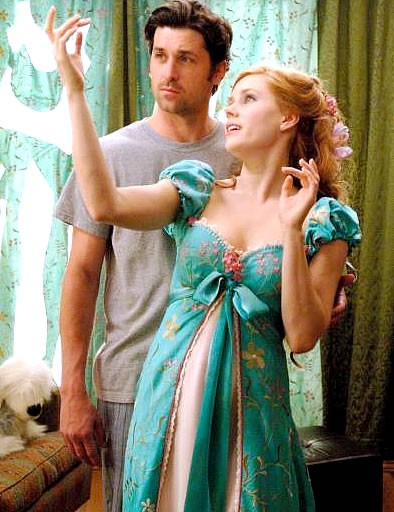 Jeff Zeleny's multipart "surprising/troubling/enchanting/humbling" question at Wednesday evening's press conference was unusual. But I liked it a damn sight better than most of the corps' predictable, didn't-we-ask-this-eight-years-ago queries.

Asking the unexpected question is a good way to get an unscripted response—and, once President Barack Obama regained his balance, he handled it beautifully. In fact, I think it was one of the president's best moments—he had the press corps eating out of his hand as he half-jokingly puzzled out the meaning of the question, showing the natural, likable manner his predecessor always desperately strived for but could never, quite, pull off.

Obama's success is a hateful, bitter gorge in the throats of the few remaining Republican faithful. Flaks like Bill O'Reilly and Rush Limbaugh say people love Obama for the same reason we all hated Bush—because the media tells us to. The fact that O'Reilly and Limbaugh are themselves media creatures whose campaign to make us love Bush was, in the end, just as ineffectual as their campaign to somehow stop Americans loving Obama means that either, 1. they're lying, or, 2. they're really, really bad at their jobs.

So, how does O'Reilly put a bad spin on Obama's successful press conference? By gay-bashing Jeff Zeleny. This gave O'Reilly the opportunity to pull that jowly, smirky face of his beneath two pounds of makeup, much to the delight and enchantment of his manly-man fanbase.

Apparently, "enchanted" has joined the ranks of words only the gays can use. Which is fine with me. In fact, it's fabulous.