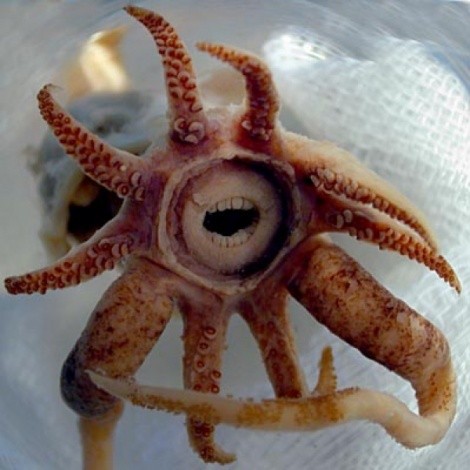 Sports fans all have a preferred sport. Their favorite, follow the most, dearest to their heart, and so on. Sports fans that tell you they like all kinds of sports are liars. Period.

Music fans all have a preferred band. Their favorite, follow the most, dearest to their heart, and so on. Music fans that tell you they like all kinds of music are liars. Period.

NHL Hockey is still trying to make a comeback to it’s US base of fans since the year long lockout of 2005. The NHL is in the midst of the Stanley Cup Finals with Detroit and Pittsburgh… I think. The best thing about Pittsburgh is that I have never been there.

The best thing about Detroit is that their hockey fans have a tradition of throwing squid onto the ice at Red Wings games.

Apparently a tradition that dates back to 1952 when a team needed to win 8 games to win the Stanley Cup, thusly the Octopi toss.

Tonight is game 3 of the Stanley Cup Finals, which I will have to assume is on TV somewhere.

During the making of the CD, Mark Everett gets his dog to howl for the “Wolfman” concept album.

The difference between the new Eels CD and the Stanley Cup Finals?