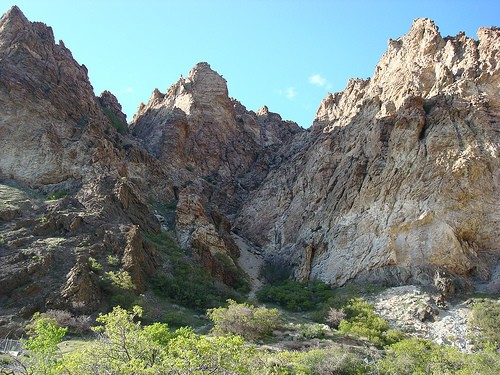 The environmentally conscientious in Utah County have become increasingly concerned about the possibility of Rock Canyon becoming subject to a mining operation.

Fortunately for those who do not want to see Rock Canyon mined, the situation is stagnant right now. A deal that meets everyone’s needs is being sought after, one possibility being that the Forest Service could purchase the land from Davis. But Davis claims that the land is worth more than he has been offered by the Forest Service.

Also wanting to preserve Rock Canyon, former Utah Senate President John Valentine was able to purchased 25% of the land, which is under the ownership of his company Red Slab LLC. This, in addition to the efforts of the Forest Service buying up land around Rock Canyon, has prevented mining thus far. But as of yet, Davis and the Forest Service have not worked out a deal and his conditional-use permit is still being processed.

Those interested in helping out with efforts to keep Rock Canyon from being mined can attend a benefit concert this Saturday at the Rock Canyon trailhead. For more information, check out http://preserverockcanyon.com/, or the ‘Save Rock Canyon’ group on Facebook.