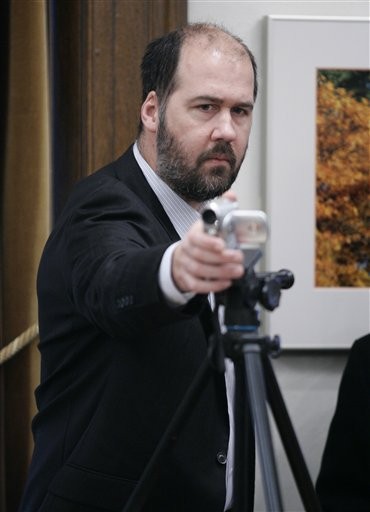 The Daily World newspaper reported that Krist Novoselic, bassist for Nirvana, is running for county clerk in Wahkiakum (wah-KAI'-ah-kum) County in western . He has listed his political party as “grange” (no not grunge), which is a civic organization he is a member of. His motivation for running is change the state’s system which allows candidates to list whatever political party they want when running for office. Go get em' Krist.