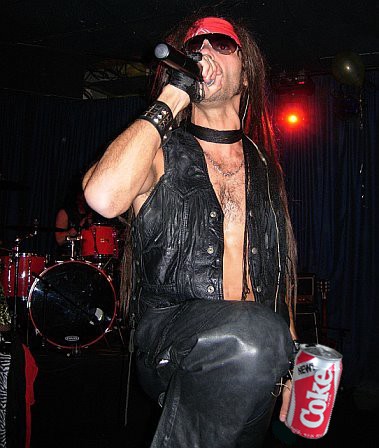 It's not on par with New Coke and Deseret Morning News on the re-branding debacle scale, but the recent name-switch of Metal Gods (the hair-metal tribute band that's been playing to a packed Liquid Joe's every Thursday for over six years now) to Metal Shop will not stand, man: Nigel Thames & Co. are one again Metal Gods. Adjust your listings as we re-adjust ours.

Apparently, even though it's the exact same band doing the exact same show to the exact same capacity crowds every week, the moniker change-up was just too confusing for some. Hence, phone calls, complaints and panties left sadly on. No one wants that.

But, don't judge the headbanging few for being too slow to catch on; blame a cynical national booking agency that seems to care more about corporate branding synergy than preserving a wildly successful franchise in this hick flyover state. Once again, that's Metal Gods, every Thursday (like, tonight!) at Liquid Joe's, 1249 E. 3300 South, LiquidJoes.net.