June 12, 2009
comment
The death of Brian Cardall brings up a lot of questions about the law enforcement's use of tasers. Though taser proponents, such as Taser International, claim tasers are more safe than traditional techniques like batons, pepper spray or choke holds, I fail to see how a pepper spray to the eyes or a full-nelson could have caused death. 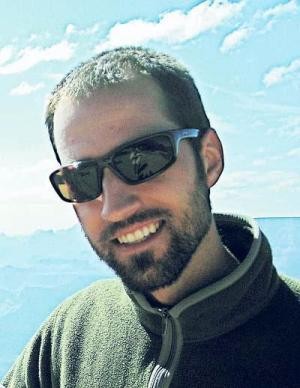 Investigation as to why the officer decided to tase Cardall is currently underway. According to Cardall's wife, they had pulled over on State Road 59 near Hurricane so that Brian could take his bi-polar meds. After taking his medicine, Brian Cardall was still in a frantic state of mind, so he left his car and walked out into the road. His wife called police because she was worried about Brian getting hit by traffic. An officer showed up, decided to taze him, and he died shortly thereafter. There are not much more details than this, and how exactly the taser killed Brian Cardell has not yet been revealed.

Besides excelling in science and academia, the multi-talented Cardell also had a knack for music, writing, rock climbing, and painting. His father, Duane Cardell, who is an editorial director at KSL, said "He was the most adoring and attentive father that you can imagine." He leaves behind a wife, a daughter, and a child on the way. Very few people knew of his mental illness, and his breakdown was reportedly caused by academic stress.

In 2007, the 'don't tase me bro' incident at the University of Florida brought many to question tasing by law enforcement. Also in 2007, in Utah, the tasing of Jared Massey by a Utah Highway Patrol Officer for being argumentative about a speeding ticket also showed the negative side of allowing cops to wield  tasers. With Brian Cardall's death, we again see this supposedly safe law enforcement tool being used inappropriately with disastrous results. The officer responsible for the tasing and the Hurricane Police Dept should be held accountable if their actions were not justified (which they certainly don't seem to be).