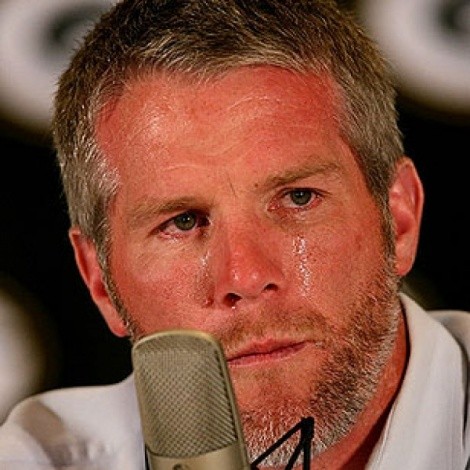 not make up his mind.
Again.
I am soooo tired of this guy I would rather piss razor blades than hear any more crap from him… or the NFL, ESPN, his former team, his other former team, his neighbor, or his high school coach.
The guy has retired so many times he has perfected the “crying” portion of the retirement speech. Now, after another dismal outing, this time with the Jets, who he turned from contender to “also ran” (and got their coach fired) he is tormenting the Vikings and their fans about “possibly” returning for another year of “Favre slurping” by NFL sports casters.
Hey Minnesota… wake up! He sucks. He throws more interceptions than touchdowns… by far (ve)! He has the most interceptions in NFL history!%uFFFD The last important game he won… was in 1997.


The Vikings are a really good team, even a potential Super Bowl team. Add Favre to the mix and you will be done by week 1 of the playoffs if you get that far (ve.)
He will do what he always does. He will make a few good plays, then when everything’s on the line, he will toss some lame duck ball up in the air and hope that whoever catches it is wearing the same color jersey.
Go away Brett, I am begging you… or maybe you should just start having an affair with a crazy 20 year old girl???