Study finds that pot can help you kick the needle

A new study, carried out by researchers at the Laboratory for Physiopathology of Diseases of the Central Nervous System, finds that THC can eliminate morphine dependence in rats. 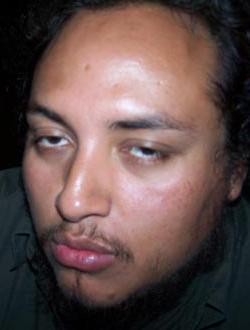 Previously, these researchers showed that rats deprived of their mothers at birth become hypersensitive to the rewarding effect of morphine and heroin (substances belonging to the opiate family), and easily become dependent. Ergo, lack of motherly love makes one seek out nuturance through drugs.

On these rats, placed under stress from birth, the researchers administered increasingly high doses of THC during the period corresponding to their adolescence (around 35 and 48 days after birth). By measuring their morphine consumption in adulthood, they found that the rats no longer developed typical morphine-dependent behavior. Biochemical and molecular biological data also corroborated the findings.

So if you have a hard time when the smack begins to flow and you really don't care anymore, be like this guy to the right. The consequent long period of couch sitting sure beats needles.