Tim... ROLL THE DAMN WINDOWS DOWN!

No, Tim is a standup guy, maybe to a fault. Not only does he confess to having 3 grams of hooch, he tells the officer he is also carrying a pipe.

Tim... THROW THE DAMN PIPE AWAY!

So he was cited for misdemeanor marijuana charges, but the drug charge will be dropped for a lesser plea. Maybe it's good to fess up to the man, but still... kids... don't try this at home. 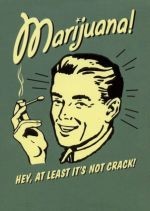