As the music scene grows so does the demand. Whether it be downloadable or in physical form, fans of that artist or band want to have that catalog in their hands to listen and enjoy. That's common sense. And as more labels come out making it possible for even the smallest musicians to put something out, one label in particular is taking a different route with the venture. --- Mooondial has been rockin' it as a label since June of this year, releasing specific recordings for artists under the simple plan of putting music out... on cassette. Taking songs that aren't widely available on the internet or even on CD and turning the experience of listening to it on tape into a classic and unique one. I got a chance to catch back up with Seth Pulvar, who some of you may remember from spring last year in a short interview about Slit Labels (now Slit Panels), about the new label and his plans for it. Plus catching up on thoughts about local music.


Gavin: Hey Seth. First off, tell us a little about yourself.

Seth: I like miso soup, blue green algae, and trinkets. Sometimes I like to walk around and play with string and sometimes I just sit around and breath.

Gavin: What first got you interested in music, and what was some of the artists you grew up listening to?

Seth: My family was always really musical so I was always around music and making music. I listened to a lot of music growing up. My parents always listened to the Beatles, Yes, Talking Heads, Crosby Stills Nash & Young... I got into punk music at some point in Jr. High and then there was a huge explosion of new and different music so I tried to absorb as much as I could.

Gavin: How did the idea come about for you to start your own label? And where did you come up with the name for Mooondial?

Seth: I had the idea for a long time before Mooondial became a real thing. I listened to a lot of music from labels that were using cassette format, and I thought it was a great idea. I also had found out about A-Star Records and I was floored by their catalog. It was comforting to know that there was such a great group of musicians that were rooted in the same area that I was in. I was definitely inspired by A-Star. Anyways after that it just took time for me to think about it and try to solidify my ideas and now we are here. The name came from my obsession with the moon and time.

Gavin: Why did you choose to produce music only on cassette tapes?

Seth: Well first off I love the sound of cassettes. It is also a really fun format to work with artistically. Also Mooondial is not limited to just cassettes. We will probably end up releasing some CD-R next year if we feel like it and if the format fits the music/ideas of the artist. We might even release some VHS, micro cassette and laser disk. We're not a cassette only label, thats just all that we've done so far. 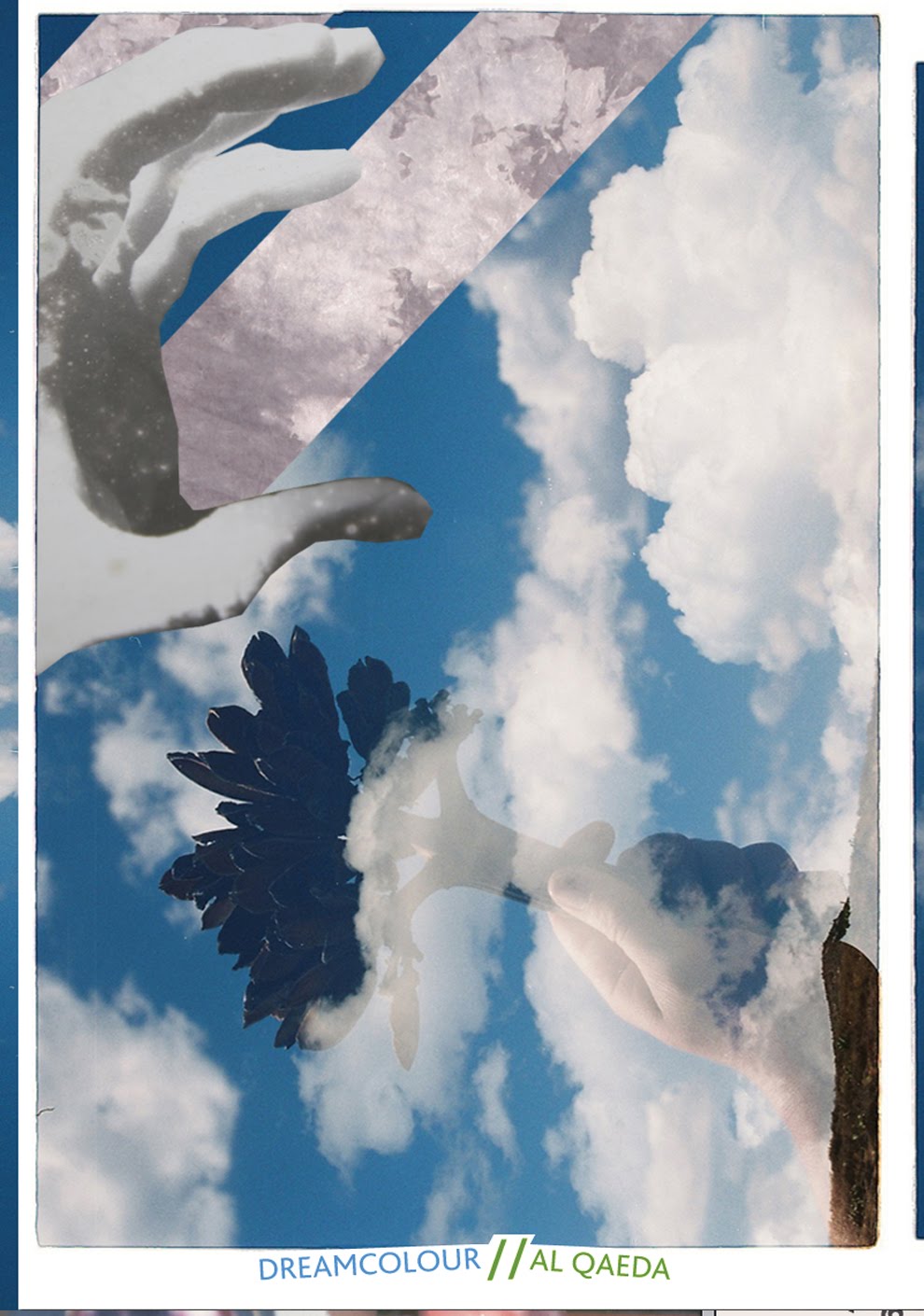 Gavin: Is there a process you go through in recording them down to reel, or is it simply dubbed off like you would a mixtape?

Seth: There are no rules. Most of the releases so far have been dubbed kinda like a mix tape. They are recorded digitally and then dubbed to tape. I also have a 4-track tape recorder that you can record straight to cassette, so there are options.

Gavin: What do you believe is the appeal for artists to release their music in this fashion?

Seth: I guess that depends on the artist... Everyone appeals to different things. I don't think all music would work in this format or vein. I think it comes down to the individual release and whether it is cohesive with Mooondial and stuff I guess... maybe... 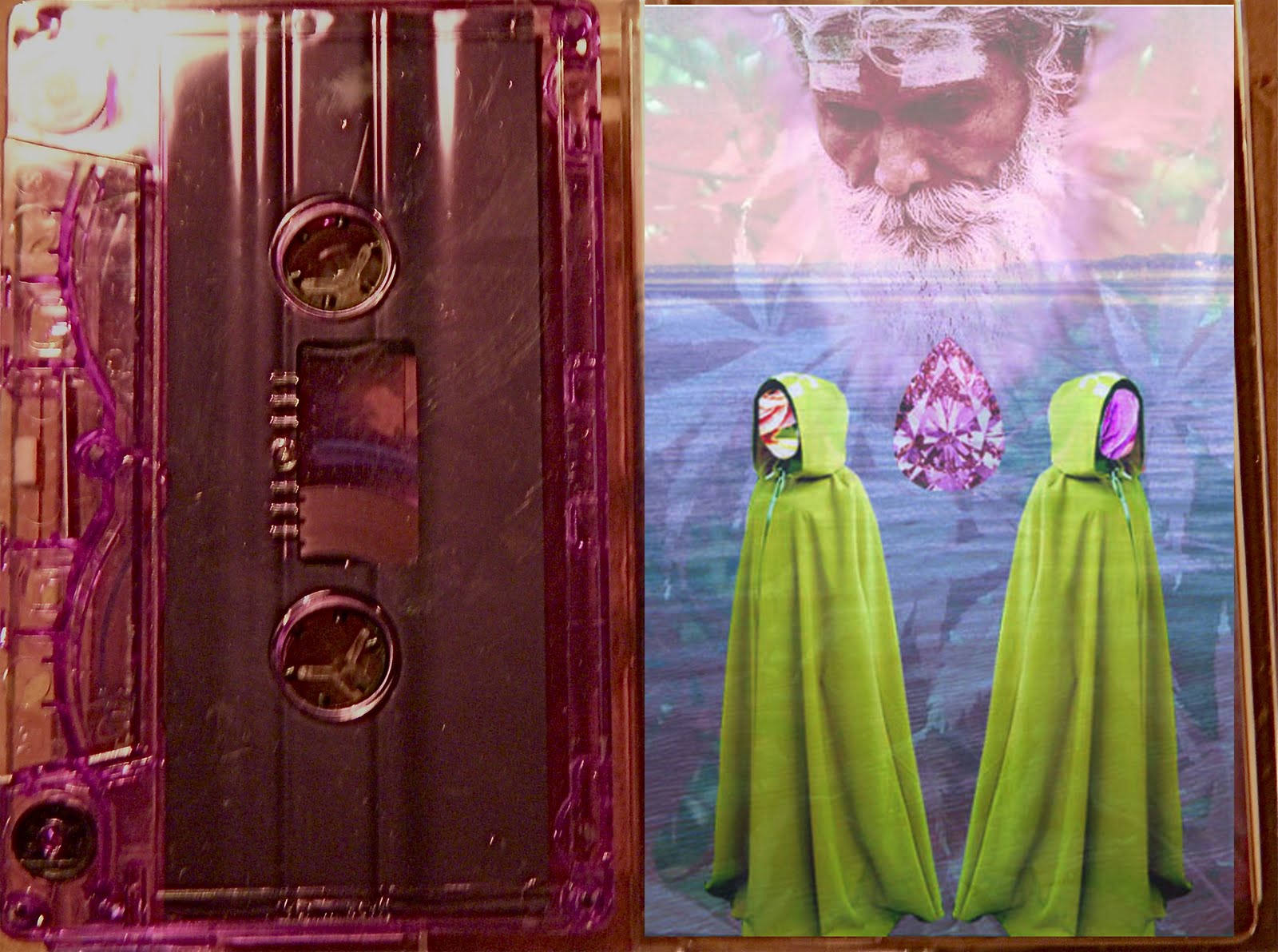 Gavin: Who are some of the artists you have on board the label?

Gavin: Have you given any thought to possibly releasing work on vinyl down the road?

Seth: Yes. I would love to eventually release vinyl but we are not at that point yet. 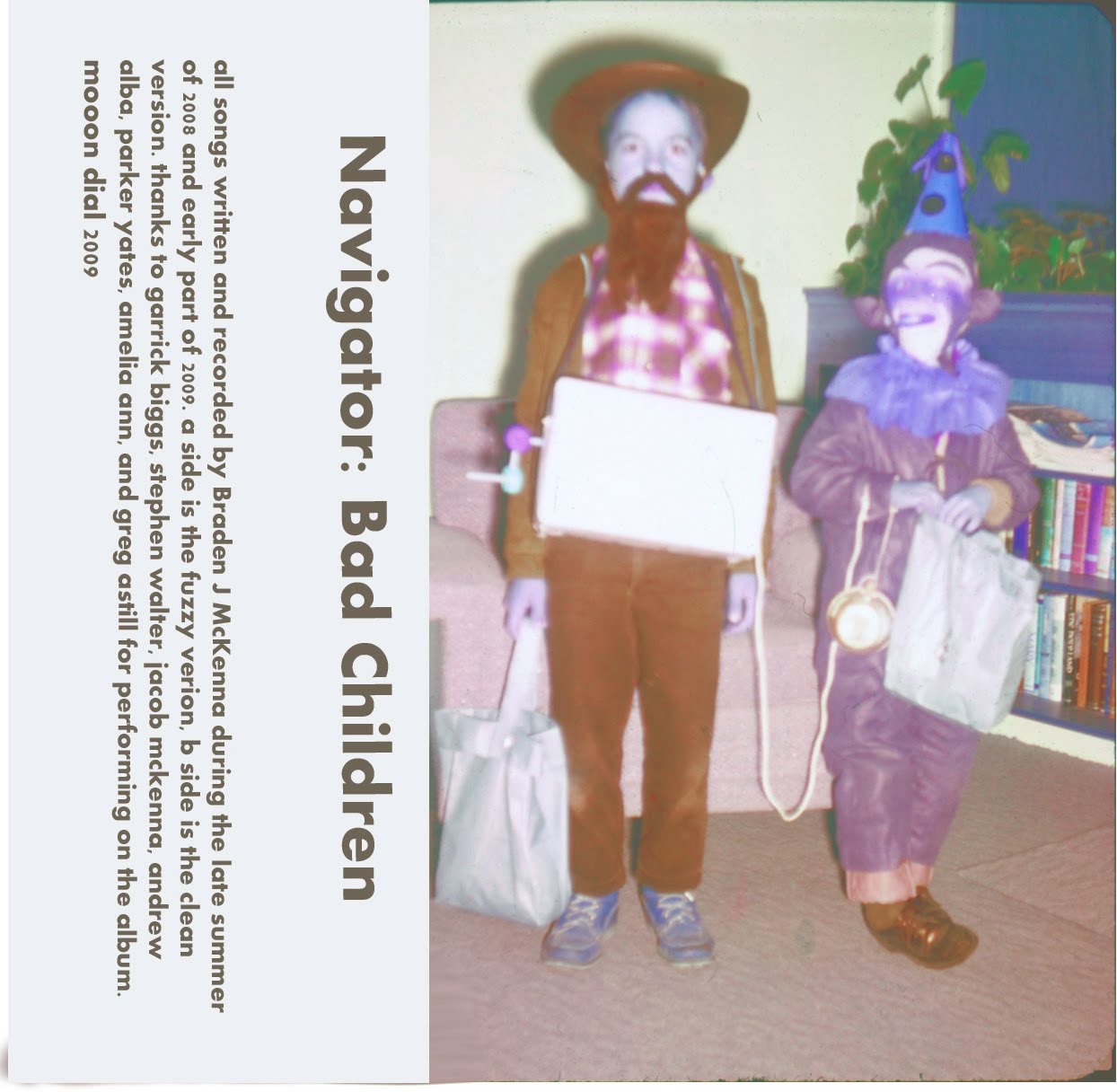 Gavin: What would you say is the longterm goal for Mooondial as a local label?

Seth: Bring like minded musicians together and create community. To create a new vein for music. Clear up the clogged arteries on the Wasatch front, and share some music.

Gavin: A little state-wide, what are your thoughts on the local music scene, both good and bad?

Seth: I think there is an excellent community of musicians in this area. There are a lot of amazing bands that are completely unique but a lot of the musicians around here don't get very much attention. Strangely enough the ones that are the best, in my opinion, are the ones that aren't noticed as much as they should be. There is endless space for growth though. The possibilities are endless and there are a lot of changes that need to happen.

Seth: Well sure... I think the main thing to do is keep making music and hope it reaches the ears of those willing to listen. 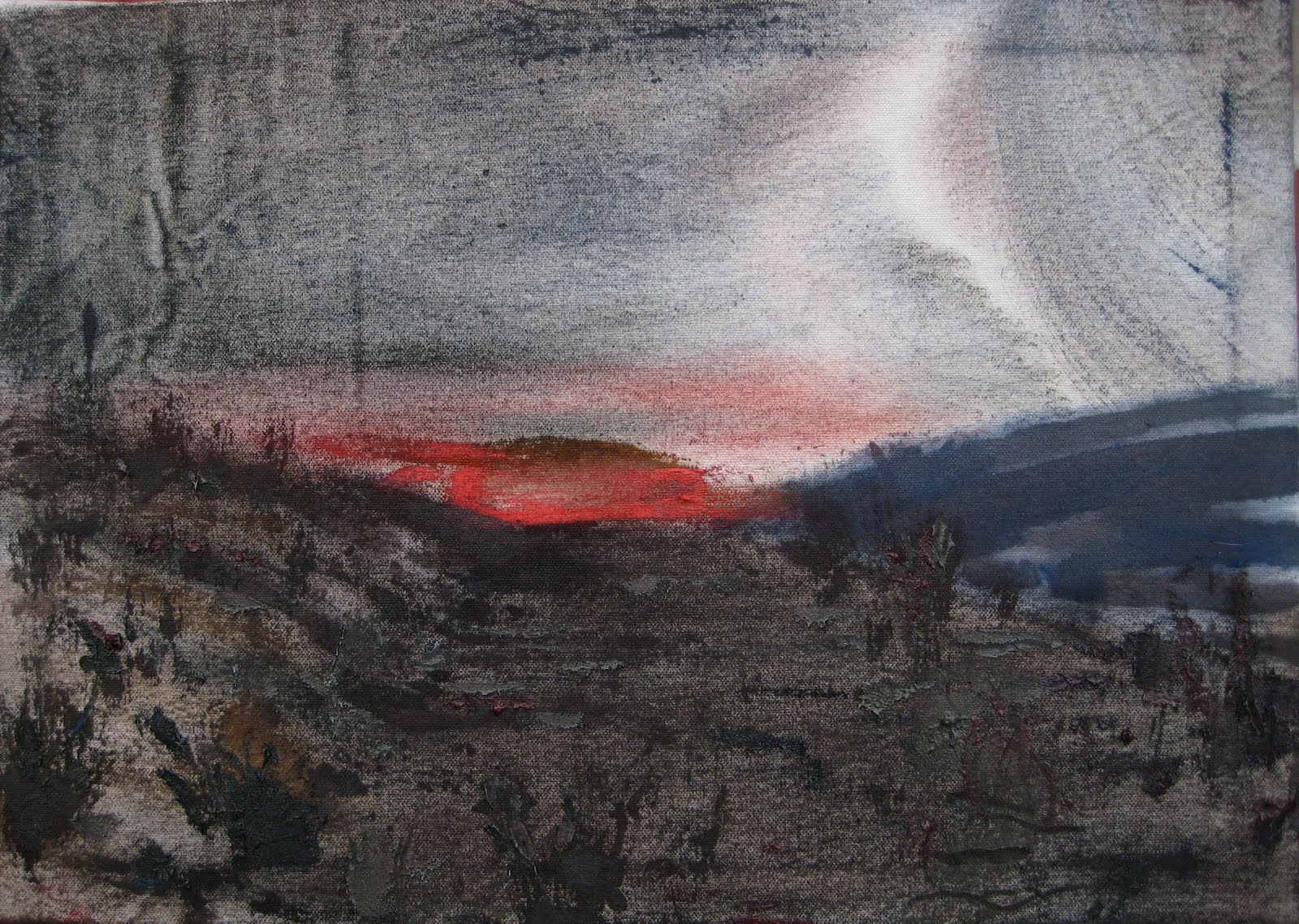 Gavin: What do you think of other local labels and the work they do for the scene?

Seth: Magic Goat Music is awesome. Killer Buds is also awesome. R.I.P. A-Star. A-Star is what first really got me excited about local music. I was blown away when I first came across it. Some of my favorite tunes are rooted in A-Star.

Gavin: What's your take on the current airplay on community radio these days and how its affecting local artists?

Seth: I think KRCL is an excellent radio station. Circus Brown does a good job of covering a wide variety of local artists. Other than that I don't really listen to much radio. I listen to KRCL on occasion and I'm always really pleased with it.

Gavin: For you, what's your take on file sharing these days and how it affects the work you do?

Seth: We actually offer free downloads for some of our releases so we have no problem with people getting music for free. File sharing is not a destructive force it is an excellent tool to spread music to those who may never get it. If I really enjoy a record I usually buy it... but only if I've heard it first. 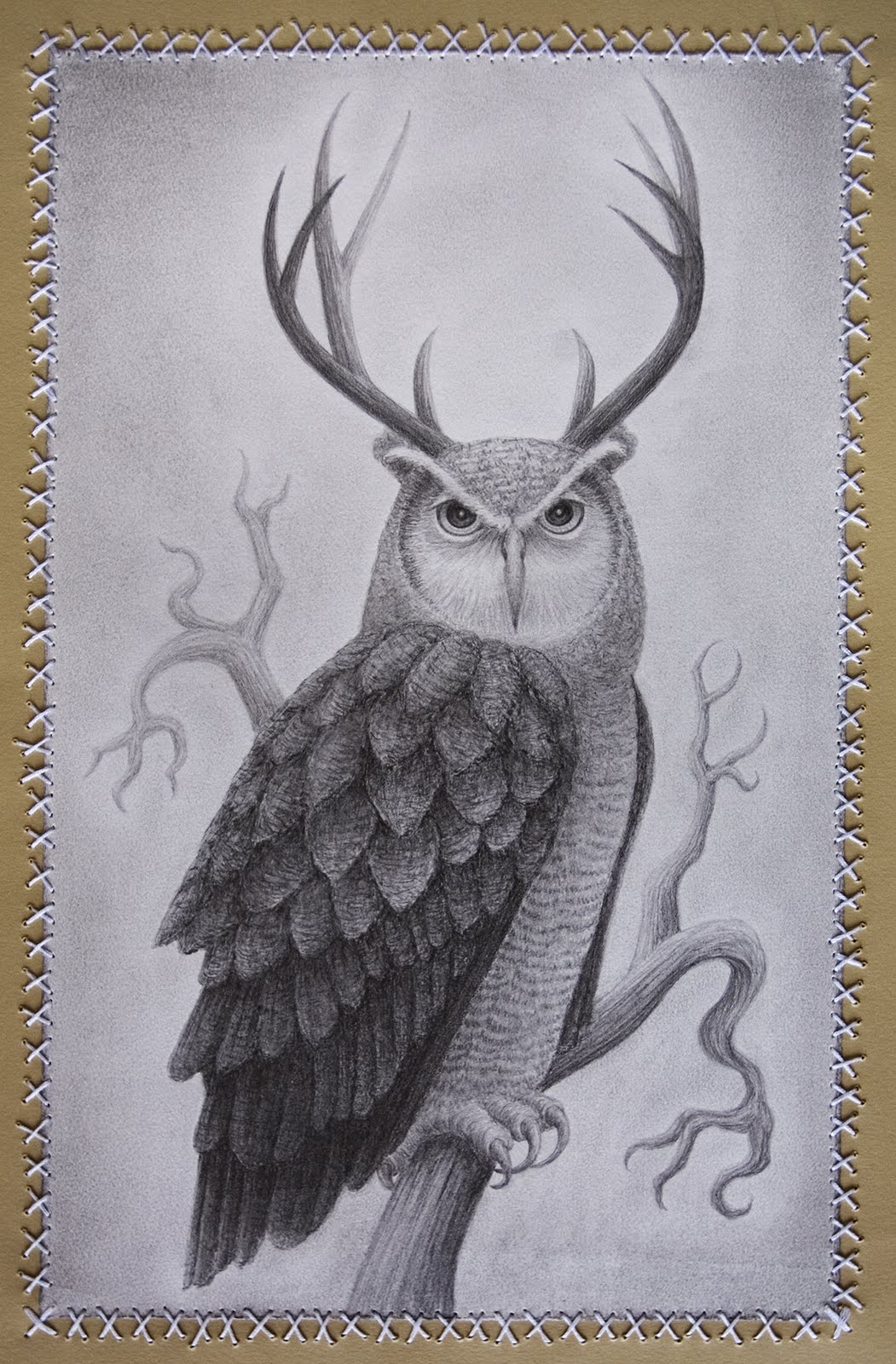 Gavin: What can we expect from you and the label going into next year?

Seth: Psychedelic transmissions from the heart of the Americas. More cassettes, some VHS and maybe some CD-R.

Gavin: Is there anything you'd like the plug or promote?

Seth: The visual art that has been contributed for Mooondial is stellar! Thanks to Davis Burningham, Christen Haynes, Skyler Hitchcox, Taylor Christensen, Alex (from Dream Colour), Braden J. Mckenna, Ben Kilbourne, and Nick Pedersen. I don't think I mentioned Tenants Of Balthazar's Castle. The castle has crumbles so I don't know what is to come from the rubble. Also Sleepover, love 'em!