Not exactly: Since local moral watchdogs decided years ago that Cosmopolitan magazine covers must be obscured by bullet-proof black plastic shields in the checkout line at supermarkets, The Children have been blissfully safe from cleavage and the occasional "Be a Whore for Your Man on [insert national holiday here]!" headline. But over the weekend I observed the following blows against our already-crumbling society--and me without my phone camera! I'll recreate the scene as best I can. 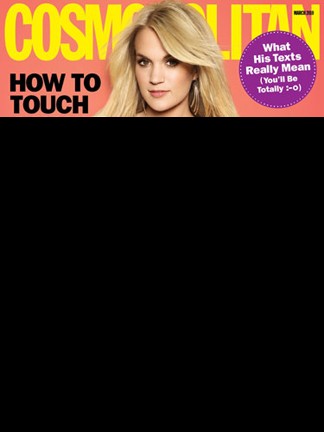 Right next to it, eyeball-level and shield-free, was the new issue of Star magazine, featuring the latest on the ever-so-fascinating Jennifer Aniston--apparently, she's still over Brad Pitt and frolicking somewhere in a bikini to prove it: 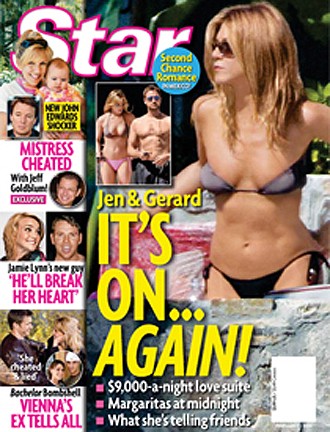 Are we telling The Children that nicely-dressed young ladies with actual careers are less acceptable than mostly-naked anorexic cougars who should have retired years ago and will probably die alone after driving away all men dumb enough to even briefly orbit Planet Crazy Actress? Another victory for the Morality Police!

And I didn't even mention how prevalent the new Sports Illustrated swimsuit issue is, like, everywhere--because we all know anything involving sports in completely unassailable  ...