The Salt Palace was full of roller derby firsts last Saturday Night. With the introduction of both men’s roller derby and all-girl junior roller derby, the crowd could barely contain the excitement. Approximately 500 fans turned out to watch Wasatch Roller Derby and Uinta Madness go head to head!

The evening began as Blue Steel and Black Onyx took the track for a traditional all-women’s bout of two periods of 30 minutes. The hard hits and fancy footwork started right at 7 pm and didn’t stop until the final whistle. Blue Steel put up a fight but Black Onyx came out on top with a final score of 155 to 111.

Many of the women who played the first game made a quick wardrobe change and were really for bout number two of the night. Then the house really heated up as the men of Uinta Madness skated up for their expo bout against your very own Midnight Terror! The men started out strong taking a fast lead but the women keep up their team work and got their second wind in the last 15 minute period of the night. They played hard and came back to dominate with a score of 131 to 66! Victory to the ladies of Wasatch Roller Derby!

The end of the night reared several bruises and weary skaters but also the successful donation of $1,250 to the Huntsman Cancer Foundation. It was a good night and a good fight for a great cause!

Next home bout for Wasatch Roller Derby is Saturday, April 10 at 4:30 pm (this is an afternoon game) at Taylorsville Recreation Center, 4948 S. 2700 West. Come out and watch WRD play the Hellions from the Calgary Roller Derby Association. Yes, fans the USA and Canada face off again in the world of sports. You don’t want to miss this! 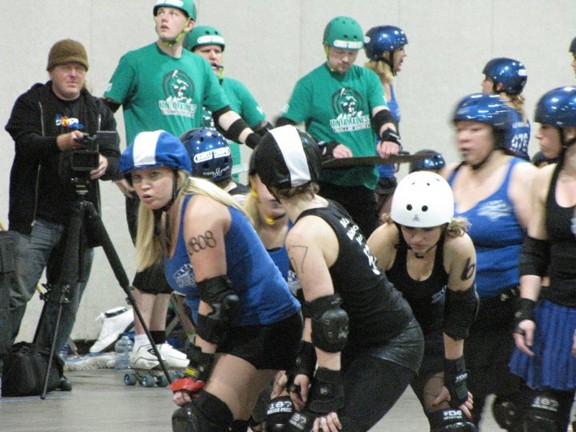 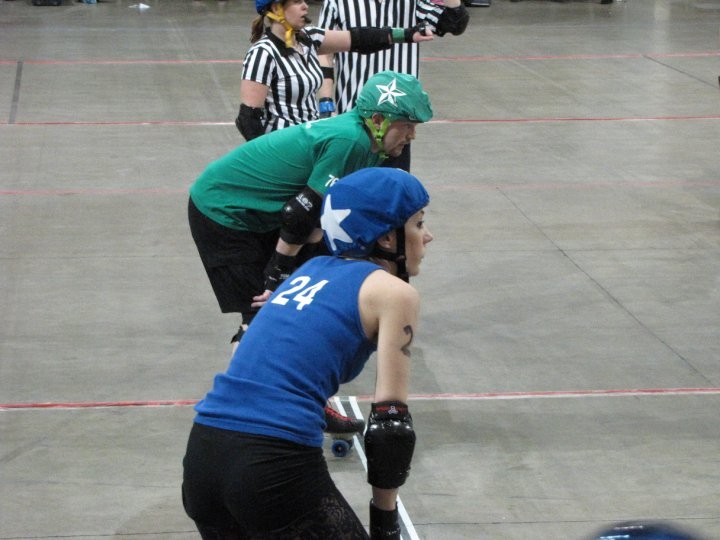 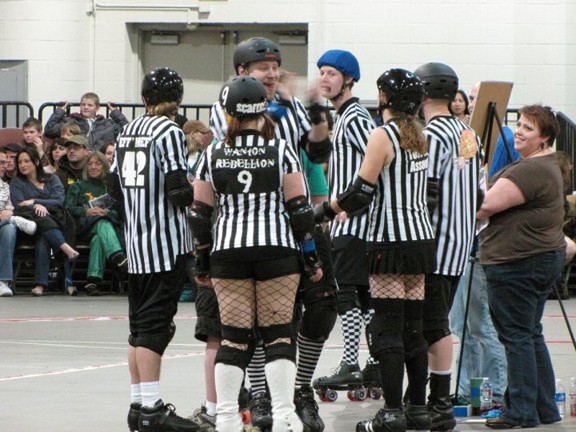