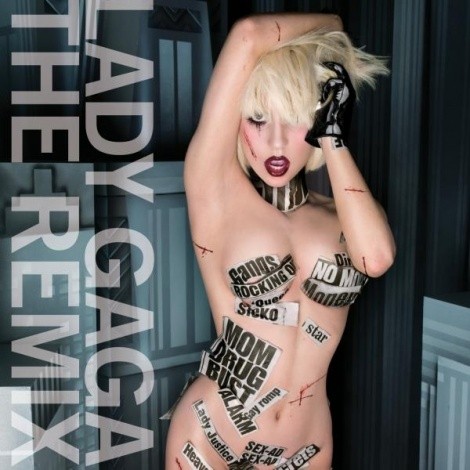 Lady Gaga has played Utah only once--in November 2008 she opened for New Kids on the Block(HA!) at the E Center--but she's a momentously bigger deal now than she was then. ---Now that she's famous--and notorious?--will Utah welcome her in 2011 at EnergySolutions Arena with little notice--like the tawdry--Britney Spears got months ago--or will Gaga be censored like her friend Marilyn Manson was in the 1990s?---

Remember the Book of Mormon incident? In 1994, Manson was to open for Nine Inch Nails, but the owners of the Delta Center--now called the EnergySolutions Arena, where Gaga is set to perform March 19, 2011--responded to community outrage by asking Manson not to take the stage. Nails frontman Trent Reznor invited Manson on stage for a moment where Manson joyously ripped pages from the Book of Mormon and tossed them to a screaming crowd. In 1997 (see correction below) the state cancelled his show at the Utah State Fairpark. Would-be concert goers sued the state, won on First Amendment grounds, and eventually got almost $10,000 in a settlement that also resulted in new rules for booking bands at the Fairpark.

Gaga is not only friends with Manson, she's also at the peak of her career, over-the-top sexy and proudly iconoclastic. I mean, usually the chic only wears underwear and tweens love her. Sounds like it could be a bad romance brewing for our modest Zion.

We shall see. The moral majority has almost a full year to organize.

Below, the Marilyn Manson remix of "Love Game," originally from Gaga's 2008 debut album, The Fame.

5/18/10 7:55 a.m. -  This post originally transposed the dates of these events. The real dates: 1994=Delta Center, Nine Inch Nails, Book of Mormon. 1997=State Fair Park, state censorship, lawsuit. The post has been changed to remove the errors.