Looking over the list of releases for June, we got four brand new localized albums this week. --- And to start it all off.... The Devil Whale. The band that's pretty much been in the local spotlight ever since the Slowtrain label announcement has been keeping final plans for their full-length a secret. You can read more on the band in this week's article from Jamie Gadette. But prior the release the band gives you a hearty sampling of things to come with the release of their new EP, Young Wives. The band will be playing not one, but TWO shows to support it before they head back to recording. The first is tonight at Kilby Court playing with Red Bennies, Allred, Ask For The Future and Fictionist. Only $6 starting at 6PM. Or you can catch them at The Urban Lounge tomorrow night with The Future Of The Ghost and The Head & The Heart. That's only $5 at 10PM.

Speaking of Urban Lounge, tonight they'll host the other album release from the band Bravo 32. I'd love to tell you more, but this band has been pretty quiet since mid-2009. In fact, those of us who actually knew this band was around thought they broke up. So we can only assume they don't care to inform people, or don't know what they're doing. In any case, they're releasing something tonight, so feel free to head over and check it out. They'll be playing their release show with Funk Fu and Hunter Harrison & The Family Gallows. $5 at 10PM. I don't even have a logo for them, so here's an off-framed photo of them playing in front of dirty tinsel, at what I can only guess is a strip club.

Tomorrow night sees a release up north as the Logan-based group Racecar Racecar put out their debut album. This is a group I wish I knew more about, not for the lack of info, but just for location. They're a name that you constantly see in the northern Utah music scene, but no one seems to take photos or record video. All we really have to go off of is their MySpace page, which has some pretty interesting tracks attached. In any case, their unknown release show will be happening at Why Sound, just $5 at 8PM.

And then finally this coming Tuesday will see a release from the band Between The Avenue. Not to completely make fun of the band, but I have to point out that when first looking up info on them, I was greeted with this opening line as their personal description. Ahem... "Born from the ashes of a world burning for good music, Between The Avenue is the book in which the lost can find their way." ...Alright. The self-described Alternative-Punk/Pop group sound more light-hearten Emo then anything else, but for what its worth they sound much better than most of the start-up Emo bands you'll find at The Outer Rim. Might be worth giving them a shot. You can catch them at Kilby celebrating the release of the EP, Superman Meet Juliet, along with Ophelia Swing, Make Me Shake, Mess Of Me and The Crimson Winter. $6 at 6PM. 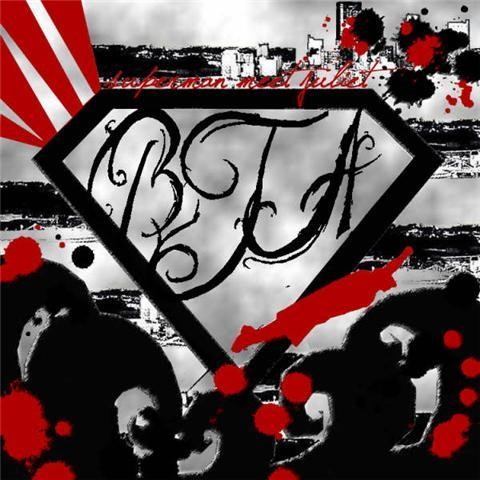