Prop. 8 trial was kind of a sham | Buzz Blog

Prop. 8 trial was kind of a sham 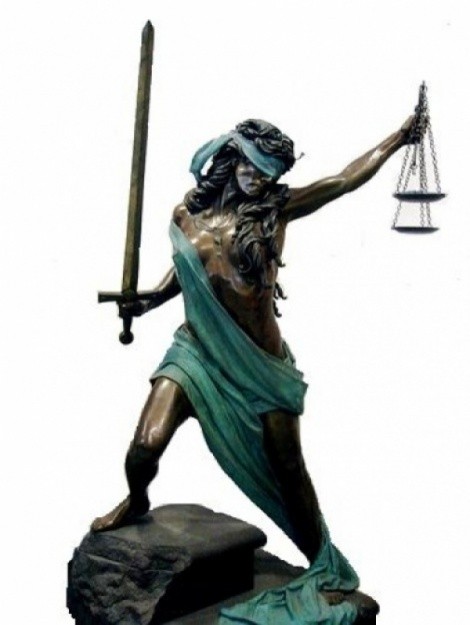 If the tables were turned, and for various reasons the gay-rights movement's most qualified experts were kept from testifying in Perry v. ---Schwarzenegegger, the federal challenge to California's Proposition 8, many would be crying their eyes out about injustice in the legal system.

But, since it was the anti-gay marriage crowd who had only buffoons and quacks to testify for their cause, pro-gay rights activists are holding rallies to celebrate the court's ruling that Proposition 8, which defined marriage as between a man and a woman, is unconstitutional under the 14th Amendment.

How did this happen? Well, the plaintiffs (those in favor of gay marriage) chose to sue only agencies from gay-friendly Los Angeles and San Francisco counties, none of whom wanted to defend Prop 8. The California Attorney General likewise declined to defend it and also did not appoint any other body to defend the law either.

Then Imperial County, the party that may rise to handle the appeal of the Perry ruling, made a motion to intervene in the case but wrote specifically that they wanted to participate only in the appeal, not the initial trial. Walker nevertheless denied their motion, which will be appealed. (see below both for the motion, and the ruling denying the motion)

So really all that was left were the people who did the shoe-leather politicking of getting Prop. 8 passed. They're good at knocking on doors, but not so good at litigating, it turns out.

And thus, we as a nation--since this impacts more than just California--were left with substandard experts to defend Prop. 8.

First, a suspected quack, David Blankenhorn, a self-proclaimed "expert" on marriage. U.S. District Judge Vaughn Walker, very correctly in my view, ruled that Blankenhorn has no verifiable expertise in marriage, despite having written books on the subject, and thus his testimony regarding it was unreliable. In the ruling issued yesterday, Walker wrote,

Plaintiffs challenge Blankenhorn’s qualifications as an expert because none of his relevant publications has been subject to a traditional peer-review process, he has no degree in sociology, psychology or anthropology despite the importance of those fields to the subjects of marriage, fatherhood and family structure, and his study of the effects of same-sex marriage involved “read[ing] articles and ha[ving] conversations with people, and tr[ying] to be an informed person about it." Plaintiffs argue that Blankenhorn’s conclusions are not based on “objective data or discernible methodology,” and that Blankenhorn’s conclusions are instead based on his interpretation of selected quotations from articles and reports (citations removed, emphasis mine).

Then you get Prop. 8 proponent Hak-Shing William Tam, who cited the National Association of Research and Therapy as a source of information on homosexuality. Led by Dr. J.Nicolosi, NARTH is a agency aimed at defending repairitive therapy from a non-religious foundation. Nicolosi, who I heard speak at last year's Evergreen International Conference, still endorses those tired theories that homosexuality's root is exclusively tied to relationships between the child and parent; an overbearing mother and absent father create a homo boy, for example. This theory, I learned, has been abandoned even by several psychologists at LDS Family Services. More popular these days in LDS psychology circles is to argue that the cause of homosexuality is complex, mysterious and perhaps not singular.

Meanwhile, the pro-gay marriage crowd had nearly a dozen bona fide experts to testify that Prop. 8 is discriminatory. Since Walker can only consider evidence that was presented at trial, and one of the defendants' key expert's testimony was ruled unreliable, the Perry plaintiffs prevailed--resoundingly, in fact. Big surprise.

I'm not saying the Prop. 8 defenders have winning arguments that prove Prop. 8 is not discriminatory, I'm just saying I would have liked to have seen their star players defend it, rather than quacks and buffoons. That's because I love a good Scopes trial, in which the American public gets a fair and robust public debate about an issue of major concern. Perry v. Schwarzenegger was not that. Yesterday I said via Twitter that winning Perry was less important than winning the coin toss at the Super Bowl. After reading Walker's ruling, and really digesting the kangaroo-nature of this trial, I stand by that metaphor. But here's maybe a better one: This was like winning the Super Bowl except the opponents' cheerleaders were the only players allowed on the field.

Lawyer friends and readers: I'm interested to hear what you have to say about this situation. I know it's not all Walker's "fault" that the trial was so lopsided in favor of the gay-rights activists; the California Attorney General, after all, could have appointed an interested county or city to properly defend Prop. 8 in its stead, but either couldn't find a candidate or didn't try. Is there some strategic advantage for the plaintiffs to have had this lopsided trial? Is there a danger?

Below: The motion to intervene submitted by Imperial County, which is poised to become the star appellee of Walker's ruling. Below that: Walker's denial of their motion.