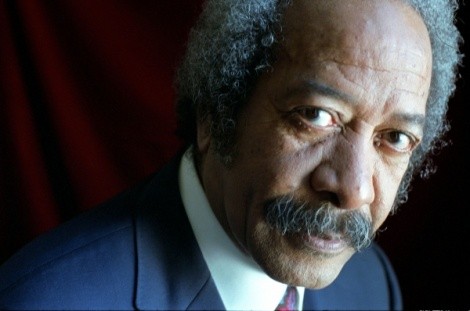 Toussaint is a pioneering R&B and soul songwriter and producer, and while his closing set was a welcome 90 minutes or so of stellar piano and stylistic shifts, it had a hard time matching the energy of the young bucks from the Big Easy that worked over the crowd earlier in the evening: the Dirty Dozen Brass Band and Trombone Shorty.

Toussaint's set ranged from old classics he penned decades ago ("Working in a Coalmine") to covers ("City of New Orleans") to Toussaint songs that others made famous ("Southern Nights," most famous for Glen Campbell's version). The highlights were songs like "Everything I Do Gonh Be Funky," with Toussaint's fleet fingers proving that point emphatically, along with his band of ace players.

The crowd started to peter out during Toussaint's set, and you can attribute that to either the fact his music isn't quite the same horn-heavy dance-oriented style as the two openers, or the fact that many were simply worn out by the four-plus-hours of music delivered by the groups.

Before dark, the Dirty Dozen Brass Band had the entire venue on its collective feet to dance for an hour of horn-based funk and soul. But the true star of the night was the new kid on the block (at least to Utah audiences): Trombone Shorty. The lithe youngster moved from trombone to trumpet to singing lead vocals with ease, and his voice was a surprisingly supple one that could hit some sweet high notes and some growling lows as well. His originals like "Something Beautiful" and "Hurricane Season" worked well alongside crowd-pleasing covers like Black-Eyed Peas' "Let's Get It Started" and Mystikal's "Shake Ya Ass."

Trombone Shorty might have hit the stage first, but his set was the impression that lasted well past Toussaint's final gracious bows to the crowd near 11 p.m.

The free Cracker gig at The Canyons was a reminder of how sane the Twilight Concert Series once was. Take a couple thousand people, let them bring their own coolers and chairs and put a moderately popular band on stage, and you have a great environment with remarkably few hassles.

The band led by David Lowery and Johnny Hickman delivered two sets of its dusty country-rock, with all the early '90s hits you'd expect ("Teen Angst," "Low") along with surprisingly strong songs from the band's 2009 album, Sunrise in the Land of Milk & Honey, including the excellent "Turn On, Tune In, Drop Out With Me."

I only had a couple free hours to drop in on the 2010 edition of the Vans Warped Tour, but thanks to the random schedule of the thing, I had as good a chance of seeing bands like Dropkick Murphys or Alkaline Trio at 1 p.m. as I would have had I waited til later in the day to get to the Utah State Fairpark.

Alas, didn't see those bands, but did have the lucky timing of catching the Rev. Peyton's Big Damn Band doing their retro-redneck shtick on songs like "Born and Bred Cornfed," "Ft. Wayne Zoo" and "Everything's Raisin' (But the Wages)." It was pretty fun to see a small sea of Bieber-coiffed emo prepubescents get their hootenanny on. Face to Face delivered some old-school, straightforward punk nearby, and I found an unusually high number of metal bands for a tour that was founded with a definite skew toward the punk side of the street. And the fight that broke out in the pit during Confide's set lent some excitement to the proceedings.

The best aspect, and a benefit of package tours like Warped, was stumbling across Gardening, Not Architecture, which is basically a solo project of singer/songwriter Sarah Saturday, at least during the live shows (she collaborates with producer Beau Sorenson on the band's recorded work). Saturday took the stage with just a bass guitar and some of Sorenson's loops and delivered a set of tasty electronic-tinged power-pop that felt out of place musically at Warped, but full of the indie spirit that made the tour such a big deal years ago. Warped is definitely smaller, both in crowds and options, but as long as it keeps exposing kids to interesting rising artists like Gardening, Not Architecture, it will always have a place.

Some of you are saying, "Wha?" And others are saying "I thought Michael Schenker Group headlined Club Vegas on Friday?" Indeed they did, but I was just there for one George Lynch, '80s-era guitar hero for shit-metal dudes Dokken. I'd always wanted to see the guy play guitar and never had the chance, so Friday was a fly-by-night decision to check out the Lynch Mob, his spin-off group after Dokken broke up.

Talk about bad judgement; I'm blaming the hours of whiskey consumed before I made it to Club Vegas. Lynch Mob (actually an alleged co-headliner) played about six songs total, including three Dokken tunes ("Into the Fire," "Tooth & Nail," "Mr. Scary"), and their own solitary hit ("Wicked Sensation") and they were out of there. Lynch didn't talk to the crowd, he barely looked at them really, and I can't recall a more disinterested guitar "god" in my memory. Again, the whiskey may have been having an effect. Perhaps they played longer than I remember. Maybe Lynch hung out to chat with fans after he got off stage. But somehow I doubt it.