In what appears to be the last release of the month (we'll do some digging this weekend), we have one release tonight from a punk band that sounds, well, political from what I've heard. --- The Toros will be unveiling their debut EP tonight over at Burt's Tiki Lounge entitled, Reading Is Important. Probably the first and only political album you'll find all year as they written rock tracks with titles “Molly Mormon”, “Love Song For Ann Coulter” and a trucker tune named “Gay Agenda”. If you can understand they're lyrics, congratulations, you'll be able to tell us what side of the fence they're officially on. A tad confusing, especially with lead singer Zak Kindrachuk (seen below) who serves as a producer for KSL's “The Doug Wright Show”. (When you're listening and you feel like falling asleep at work, he earns ¼ of the blame.) But that's not a reason to snub the band, if anything its a reason to check them out so you can decide whether to praise them or boo them. They'll be selling copies for $6 tonight while they play along with Minerva and Little Black Pill. Just $5 at 10PM. 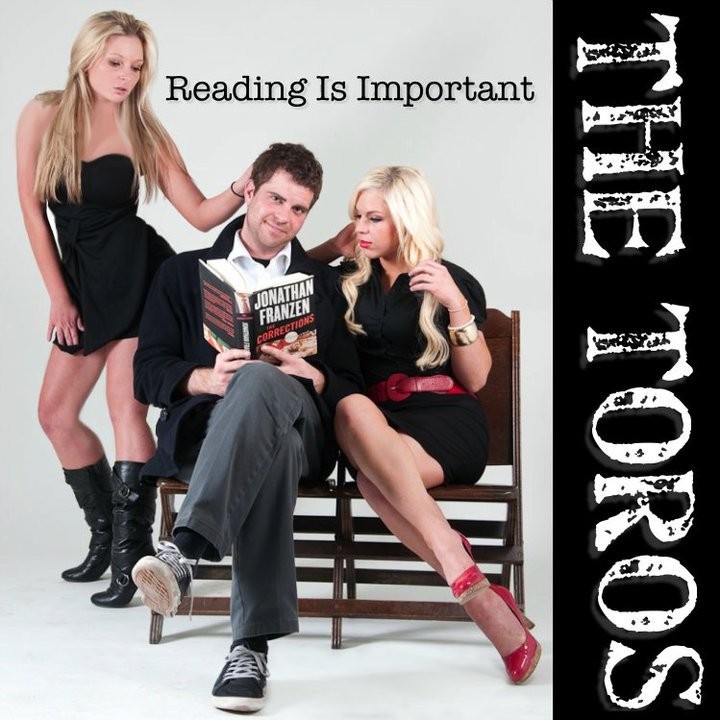