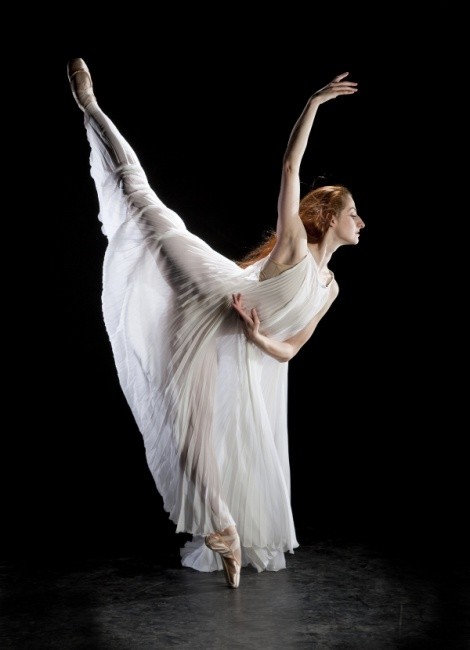 Those medieval monks had all the fun—once they renounced their vows and started amusing themselves by hanging out in taverns, gambling and assiduously applying themselves to the joys of courtly love. ---

Judging by the codex on which Carl Orff’s Carmina Burana is based, these circa-12th-century goliards mostly devoted their lives to music, drinking and sex ... with a bit of intellectual philosophizing thrown in. In other words, it was like sophomore year in any decent Bachelor of Arts program.

If you think you haven’t heard Orff’s 20th-century choral setting of these songs, think again. The terrible sense of majesty and dread invoked by “O fortuna” has made it one of the most popular compositions in the art-music canon. For a time during the ‘90s, it was the default movie-trailer soundtrack for every Hollywood battle drama, fantasy flick and occult thriller that came down the pike.

But there is more to Carmina than its familiar bracketing theme, and seeing it danced with John Butler’s choreography is to experience it anew. The frank eroticism contained in the text is enthusiastically reflected in the concupiscence of the dancers. Steamy stuff for Ballet West’s audience!

The production features the impressive combined pipes of Salt Lake Choral Artists, divided into separate men’s and women’s choruses. Regretfully, the vocal arrangement lacks the children’s choir which imparts such innocence and freshness to songs such as “Tempus est iocundum.”

Still, when soprano soloist Melissa Heath hit the high note singing, “Dulcissime, ah! Totam tibi subdo me!” (“Sweetest one, ah! To thee I give myself totally!”), it was a perfect moment of pure bliss.

The decision to pair Butler’s Carmina with George Balanchine’s The Four Temperaments makes good programmatic sense (even if “Carmina Burana & the Four Temperaments” sounds like a 1960s Motown act). Both Orff’s cantata and Paul Hindemith’s theme-and-variations are mid-20th-century works inspired by medieval thought. Neither ballet seeks to follow any narrative sequence; both deal with concepts, symbols and ideal forms (or, at least, idealized ones).

The combination sets up some subtle and beguiling contrasts. Whereas Carmina is highly emotional, full of baneful warnings and ecstatic panegyrics, Temperaments appeals to the intellect. It’s not difficult to imagine that Balanchine laid out his choreography on an x-y Cartesian grid.

Tom Mattingly, with a masterful and defiant yet liquid grace, is radiant in the “Phlegmatic” solo. Try not to love him. Try.

Another standout is Christopher Sellars’ controlled, powerful performance during the “Sanguinic” variation.

Not only is this a strong and provocative opening to the ballet company’s 2010-11 season, it’s a feast for the senses—and a bold foray that may push the limits of Salt Lake City art patrons’ sensibilities. Ballet West dares you to see it. You should accept the challenge.