Meat & Potato: Around The World In 80 Days | Buzz Blog

Meat & Potato: Around The World In 80 Days

Last year the Meat & Potato Theatre Company officially made its mark on the theatre community, bringing back familiar names and new ideas. The Infantry Monologues caught everyone's attention in mid 2009, the inspiring Shadows Of The Bakemono was an entirely different production to everything else being performed at the time and drew in large and unique crowds. Followed up by the dual performance of Everyman and Judgment Day to end their last season. Now with the 10-11 year already started off by most of the established companies, M&P kick theirs off with a classic novel.

--- Translated from a French adaptation by playwrights Sebastian Azzopardii and Sacha Danino, the Jules Verne story

Around The World In 80 Days will take center stage this Thursday. The play itself has been a sellout in Paris for nearly five years, and now the minds and talent behind M&P will balloon that play into SLC for the next 2 1/2 weeks. I got a chance to (very briefly) chat with director Tobin Atkinson, adapting playwright Marynell Hinton, and costume designer Megan Crivello about the play and some thoughts on local theatre. 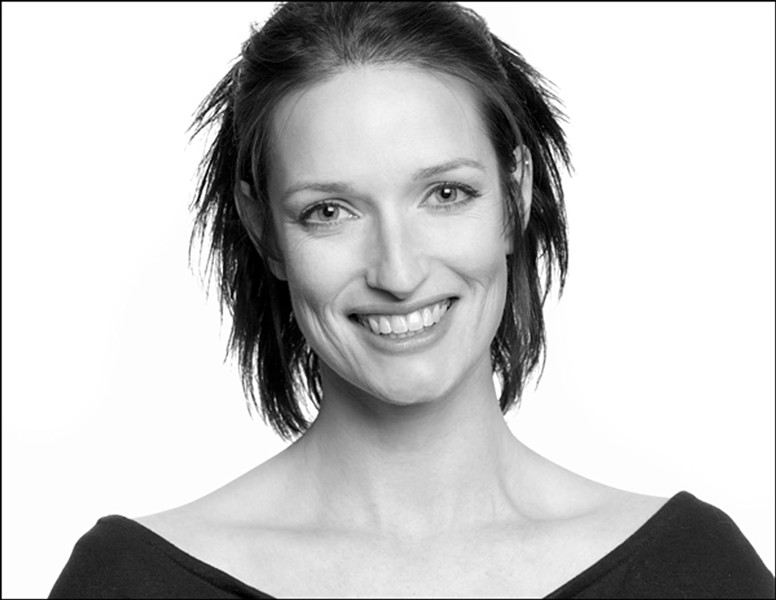 Gavin: Entering this season, how did the idea come about to do Around The World In 80 Days?

Marynell: This version is a translation of a French play that’s been a huge hit in Paris for the past few years. Tobin and I saw the original French production in Paris and knew immediately that it was “our” kind of theatre – overtly theatrical, non-realism, strong hero’s journey. It clearly fits the mission of M&P – telling compelling stories in the most interesting ways possible. We wrote to the producers in France who directed us to their agent in NYC. She said we could produce the North American premier if we translated and adapted it for English speakers. We said “no problem” and here we are.

Gavin: Marynell, what was it like for you adapting the play and deciding what specifically to keep from the original?

Marynell: I haven’t used my French in about twenty years so it was a bit like relearning how to ride a bicycle. Fortunately, translating the French script was nothing like translating Beaudelaire or Victor Hugo. It took me about two weeks to do the first rough translation and then a couple of months to solve some of the problems and polish it. After I completed my rough translation, the agent sent me an English version that had been done by a non-native English speaker. His version didn’t work real well for reasons both big and small. It did, however, help to clarify some of the slang and jokes that I wasn’t quite grasping. My goal in translating and adapting was to be as true as possible to the original script. There were bits that didn’t work in English and had to be changed, but I tried to keep their intent. For example, at one point in the play there is a joke involving simulated masturbation. It had to stay in, though, because (as weird as it sounds) the joke tells us something very important about two key characters and about Phileas Fogg’s personal journey in particular. It was a struggle to find a way to keep it and make it work. Another example is a scene that was done, in France, completely in drag. Europe has a strong pantomime tradition of which drag is a major element. In the U.S., however, drag has heavily sexual connotations. We are certainly not opposed to using drag as a theatrical element, but this scene pulled the viewer out of the story and introduced an element of gender play that was distracting. We tried to find a way to make it work, but in the end, we opted to replace it with something else that accomplished the same exposition tasks. With regard to the novel, I read it many years ago (in English) but made a conscience decision to avoid it here. The script follows the same plot as the novel but is not a literal retelling of the story. There are constant self-referential asides and anachronisms. The story is the means, not the end.

Gavin: Tobin, what made you decide to direct the play yourself, and how was it for you putting it together for a full production?

Tobin: Financially, it was best for me to direct the show for the company as I am a steal at $0. Artistically, I’m not exactly a novice at directing. 25 years directing including an MFA from the U. I was principally drawn to the show’s energy and overtly theatrical style (a theme of mine for the last twenty years). In reading Marynell’s translation and remembering the production we saw in Paris, I was interested in capitalizing the vaudeville aspects of the show. Instead of there being several disparate acts in a single evening as in a regular vaudeville program, this show has the same characters visiting several disparate places. Each scene then becomes its own “bit”: same people, new bit. I have really enjoyed being surprised during the rehearsals. It’s risky to cast non-singer/dancers and then drop into their laps that they will be doing at least two musical numbers each. But to see everyone step up to the plate and knock it out of the park is a credit to Dave Evanoff’s music, Enid Atkinson’s choreography, and the cast’s no-fear attitude. I know something is working if I can get my jaded stage manager to laugh at a bit of shtick.

Megan: The challenge for this show has been keeping the look authentic while not overwhelming the work of the actors. The show moves so fast and the actors do so much storytelling with their bodies that the heavy fabrics and restrictions of the period would really hinder performances. The great thing is that clothes from that period have so much class and personality that the right pieces maintain the look while staying fun. I love being able to mix old and new with flavors of all the exotic locales in the script. Tobin and the cast have been very kind in giving me their trust and support with this adventure.

Gavin: Moving state-wide, what are your thoughts on local theater, both good and bad? And is there anything you believe could be done to improve on it or make it more prominent?

Marynell: I am originally from the Washington, D.C. area and, like many non-Utahns, was leery of moving to SLC. Part of what attracted me, ultimately, was the vibrancy of the theatre scene. D.C., like NYC or Chicago, is inundated with small theatre companies. There is never enough space or audience to go around. Here, I was impressed by both the facilities available to a small professional company and the degree of audience enthusiasm. People in Utah still go to the theatre! I also saw that no other theatre companies are doing the kind of theatre that we do – overtly theatrical, non-realism, strong hero’s journey. This means that there’s plenty of room for everyone to play in the same sandbox, if you will. I will say that there is certainly a wide range of theatre quality available in the Salt Lake area which is true of any metropolitan area. On the one hand, it saddens me to think of people who see only trite or poor quality theatre, because they might think that’s as good as it gets and either give up or look no further. On the other hand, it may make them hungry for more and they’ll start exploring what else is out there. I also think that the general cultural conservatism that pervades Utah necessarily limits local theatre’s potential. But that’s a whole other conversation. How to put butts in seats is a nationwide problem and has been since the golden age of radio. I think that increasing the presence of theatre in schools and youth groups would be a great step in the right direction. I have no idea how to go about making that happen, especially since cuts in education always seem to target the arts first. Advertising is another area where theatres struggle; it’s all over the place. I wish there were better ways to advertise – or to consolidate advertising and get the word out for a reasonable sum of money. Even small theatres have to worry about ROI. Meat & Potato does collaborate with Plan-B on the Playwrights’ Lab and the Directors’ Lab – both are intended to help raise the bar on local playwriting and directing. We weren’t sure how the Labs would be received, but we’ve been overwhelmed with the response, from participants and audiences.

Gavin: What's your take on the push to bring “Broadway to Utah” and the steps being taken so far?

Marynell: We adamantly oppose it. It pulls audiences away from local theatres. It pulls jobs away from local theatre artists. And it diverts revenue from the local economy. A much better use of public money would be to increase support for local companies, facilities, etc. And raise awareness of theatre so that more people become involved at school, youth programs and more.

Tobin: The Odyssey – May/June 2011 in The Studio Theatre at The Rose Wagner. We also look forward to another public reading of new scenes and monologues from the Playwrights’ Laboratory (the joint Plan B Theatre/Meat & Potato Theatre venture) this spring.