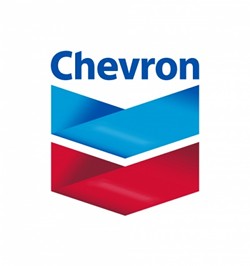 After the last spill in June when 500 gallons of crude oil spilled into Red Butte Creek, Chevron representatives said it was unfeasible to move the pipeline away from Salt Lake's critical water ways and populated areas. But with about $15 billion in profits every 3 months, is anything unfeasible?---

Last night there was a second spill of 100-200 gallons--at least according to the company's current estimate--that apparently did not reach the Red Butte Creek this time. Salt Lake City Mayor Ralph Becker expressed anger at this second spill and called for the temporary shutdown of the pipeline this morning.

Even before this spill, many residents at town hall forums said Chevron should move the pipeline to less sensitive areas, which prompts a lot of questions: Pipelines are expensive, can/will the company afford it? If they won't do it willingly, does any government agency have enough power/clout/authority to force the globe's 11th largest company to do something it doesn't want to do? But it's the 29th most profitable company in the world, can't someone shame them into making our local environment safer? In the beautiful Wasatch Front, is there any area that's not ecologically sensitive? Let's break these out one at a time.

Can Chevron afford to move the pipeline? Answer: Yes.

This one is the easiest to answer. Chevron has profited $74 billion in the last five quarters, or about $14.8 billion every three months. Also, Chevron recently gave their stockholders a bigger piece of that pie, increasing their dividend from $.68 a share to $.72 a share. What that means is that of the entire profit pie, about $1.4 billion every three months has gone to stockholders. Before you get too smug about the rich and powerful cashing in on companies that destroy the environment, recognize that those stockholders may be the mutual fund in your own 401(k). Be aware of your own impact.

So, Chevron has a lot of money, but surely moving a pipeline is expensive. Compared to Chevron's fortunes, however, it really wouldn't be that expensive. The estimated price tag of Gazprom's South Stream Oil Pipeline from Russia through the Black Sea, Romania and onto Austria was just announced to be about 15.5 billion euro, or $20 billion. But that pipeline will be more than 500 miles long and be under water for a huge stretch. It seems unlikely that Chevron would need to reconstruct a 500-mile segment of their pipeline here in Utah just to avoid our precious Red Butte Creek.

So, not too much more needs to be said. Their shareholders may get pissed because the investment would return only safety and security to the environment--not profits--but bottom line, Chevron could afford to move the pipeline.

If they won't do it willingly, does any government agency have enough power/clout/authority to force the globe's 11th largest company to do something it doesn't want to do? Answer: Unclear.

Chevron is enormous. It's yearly revenue is $193 billion, that's more than double all tax revenue for the entire state of California, a state of 36 million people. So, imagine a situation where the federal government tries to push around California, tries to get them to do something California doesn't want to do, like, say, oh--I don't know--maybe keep marijuana illegal. It doesn't work too well, does it? Now imagine, say, the Utah Legislature or Salt Lake City Mayor Ralph Becker trying to force the state of California to do something. Yeah, not gonna work.

And Chevron has twice as much financial power as the state of California as measured by revenue. Given the trajectory of decreased regulation in the past three decades, it's hard to stay hopeful that citizens can put a leash on corporations via their governments. But, hey--it happened in Venezuela and other places, so, anything is possible if you're ready to hit the streets with millions of your friends.

But it's the 29th most profitable company in the world, can't someone shame them into making our local environment safer?

Try as some might, nobody shames Chevron into doing what it doesn't want to do (like pay it's legal liabilities in South America). Again, anything is possible with millions of Americans on the streets, but short of that...?

In the beautiful Wasatch Front, is there any area that's not ecologically sensitive?

And that's really the kicker. I'm not even addressing the idea that Chevron might stop using the pipeline. Doing so would make their very expensive refinery in North Salt Lake nearly obsolete--they have other more minor sources of oil. With gas prices as high as they are, Chevron could probably spill oil right into the state capitol and there still wouldn't be the political will to shut down a refinery. Heck, Silver Eagle Refinery blew up a whole neighborhood and all they got was a $1 million fine (which they probably won't have to pay entirely). They're back up an running now. So what's a couple oil spills between friends?

So if it's not going to get shut down--and it's surely not--then where could the pipeline be moved to avoid the Wasatch Fault's beautiful mountains, valleys, canyons creeks, wildlife--everything that we love about Utah--and also our communities where we live but still get to North Salt Lake from Rangley, Colorado? I'm not sure that it could be done.

So why discuss it? When asked moments ago at a press conference near the spill whether Chevron has considered moving the pipeline away from populated areas, Chevron refinery manager Mark Sullivan did not immediately dismiss the idea like in June. I don't think that means it's any more likely to happen, but I think they realize that more people are going to be grabbing their pitchforks and demanding this, so he's trying to be reasonable. "We know we operate and live at the... (big pause) It's our privilege to operate facilities in a community." Indeed.

Moreover, choosing to not discuss a plan to protect people and the environment simply because it would financially burden one of the most financially gargantuan organizations on the planet--to me--is a little nuts.

Another reason to discuss it is Sullivan said that having both spills so close to each other may point to a related cause. "When there are two things that happen in a particular area they made be connected." Indeed, again.

Sullivan either didn't understand--or just avoided--a question about whether they have contingency planned a future without that pipeline.

The spill is under investigation.