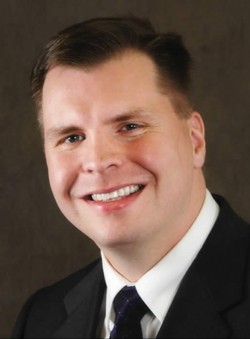 After publishing an article this morning regarding moves to privatize Utah's Medicaid eligibility system, City Weekly has learned those plans have been canceled by the lawmaker who was pushing them.---

Sen. Dan Liljenquist, R-Bountiful, is a former employee of Affiliated Computer Services, or ACS, one the private companies who encouraged Utah to privatize its Medicaid eligibility system at a legislative subcommittee meeting this month. Liljenquist says his urge to privatize the system is gone. In all likelihood then, the Utah Department of Workforce Services, for now, will continue to manage the eligibility system, which employs about 900 state workers.

"[Workforce Services executive director] Kristen Cox committed to me that DWS will get the 20 percent savings we want," Liljenquist wrote in an e-mail to City Weekly this morning. "I believe her and see no need to push for outsourcing.%uFFFD I have dropped the issue."

Liljenquist also responded to a concern expressed by a City Weekly reader that the senator is a former employee of ACS and thus has a conflict of interest in discussions regarding privatizing in this area.

"With respect to ACS, I worked with the over 5 years ago, leaving to be the president of Focus Services," Liljenquist's current employer, he wrote. "ACS just happens to be one of the leading Medicaid outsourcers in the country. I thought it made sense for them to present what they do to the [Social Service Appropriations subcommittee] to force the cost-cutting issue. I am only focused on making sure we are not being wasteful."

Allegations of cronyism plagued the Indiana system where ACS is one of the state's private contractors that manages that state's Medicaid eligibility system.When ACS was recently selected to privatize parking meters in Indiana, those allegations resurfaced. For example:%uFFFD

ACS was in charge of call centers and other services while the percentage of mishandled food stamp cases shot up from 4.38 percent in January of 2007 to 18.2 percent in January 2009. But for some reason, even after Gov. Mitch Daniels killed the deal, ACS stayed on as a subcontractor.

Look no further than Mitch Roob. A former executive at ACS, he was head of the [Indiana state Family and Social a Services Administration] at the time the no-bid deal went down. It was a pretty common assumption he greased the wheels for his former associates, and more than a few eyebrows were raised around the statehouse. State assembly members promised in October to scrutinize ACS carefully, but we haven't heard a whole lot since then.

The feds are billing us for the screw-ups. IBM says it wants more money. And ACS still has a role in the FSSA.

These days, as we sit at the brink of a 50-year deal with Roob's former employer, Roob is secretary of the Indiana Ecomonic Development Corporation (IEDC). Coincidence that ACS got the deal? (I repeat, a 50-year deal.) Methinks it smells a little fishy.

Such accusations are likely to wither in Utah, however, along with Liljenquist's withering interest in privatizing the system.