This week's releases made me laugh, cry, and wonder at my own mortality.--- 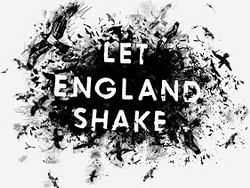 PJ Harvey's Let England Shake is the singer/songwriter's anthem of love for her homeland.  The tracks generally tend toward a retro, folky sound but peppered with unpredictable layers and a few killer horn riffs. (This was the crying album, I'm a sucker for political tunes like "The Word that Maketh Murder.")

The new album 100 Lovers from DeVotchKa, on the other hand, had a noticeably contemporary sound, likened to recent Grammy winners Arcade Fire. Toward the latter half of the album the band returns to a wild blend of Eastern European and Latin influences, with plenty of jaunty accordion and trumpet lines. 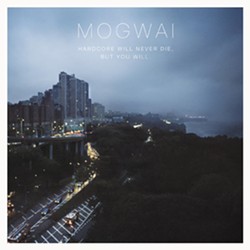 Finally, Mogwai's Hardcore Will Never Die, But You Will is more or less what we've come to expect from the reluctant scions of post-rock. Intensely layered guitars, vocals more instrumental than lyrical and their drawn-out, spacey sound leaves one with the melancholy akin to that of watching the tide come in: it's epic and consistent and doesn't give a shit what you think.