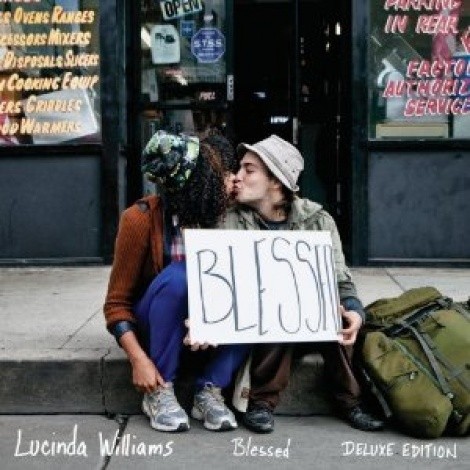 It’s a good thing I wore boots and plaid to work today. This week was a little bit country and, yes, a little bit rock and roll.---

The legendary Lucinda Williams released her 11th album, Blessed. Williams’ husky voice is still kicking ass and breaking hearts in turns. This time around she even gets Elvis Costello in on the act.

Papercuts’ Fading Paradise sounds like the Byrds doing shoegaze rock, and suffers from the same pitfall as many in their genre cohort. After a strong start, the band begins to sound tired and the rest of the album moves along drowsily until it reaches its languid end.

Alex Ebert (of Edward Sharpe and the Magnetic Zeros and Ima Robot) released his solo debut, Alexander. If you like Ebert’s other bands, you’ll enjoy Alexander. It’s happy and folky with a good dose of crazy. The single “Truth” has been getting lots of attention, and rightly so: it’s stirring, uplifting and as close to rap as a white folk artist can get without being ridiculous and/or offensive. My favorite of the week!

Texas family act Eisley make an angry, passionate entry with their third album, The Valley. The DuPree sisters’ country-inflected vocals are the gems of this album and recall female leads from indie fellows Rilo Kiley and Metric.

Finally, the Queens of the Stone Age have released a remaster of their 1998 self-titled debut and are planning a tour to support it. Oh, and in case you don’t know what re-releases are all about: it comes with bonus tracks!