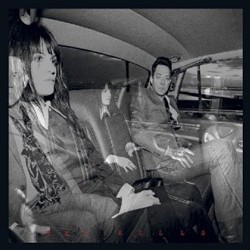 This week’s new albums make me want to drink- (mostly) in a good way.---

Blood Pressures by British/American duo The Kills is sexy, powerful and ready to party. Vocalist Allison Mosshart sounds great and follows in the footsteps of the most badass ladies of the ’80s. 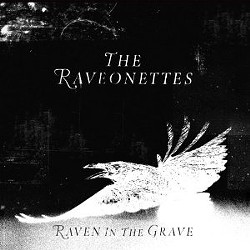 The Raveonettes released Raven in the Grave. Spacey vocals, retro guitar riffs and shoe-gazing lyrics abound (that’s a genre, not a swipe). Perfect for making out with your boyfriend and his handlebar mustache after you both get drunk on Pabst.

Ozarkians Ha Ha Tonka released Death of a Decade, another energetic album of country you can feel about. There’s a song for every stage of drinking (sad, happy, invulnerable, angry, nostalgic, etc.) and features some truly sweet use of the mandolin.

Solo artists Thao and Mirah joined forces to release Thao & Mirah. Despite the title, the album is unrestrainedly creative. Album opener “Eleven” is silly, sweet and joyous- think a perfect afternoon in the park with your best friends and favorite wine. Watch out for “Hallelujah,” though: it’s not a cover, even if the chorus sort of sounds like it.

Oh yeah, and the Big Four record labels put out a compilation yesterday called Songs For Japan. Classics like John Lennon (yep, they included “Imagine”) and Queen share space with Sade and, um, Enya, but it’s $10 for 38 songs and it’s for a good cause. So buy it. Or don’t buy it and give the money to the Red Cross instead. Up to you.