The theatre season looked to be on track at the start to being one of the biggest we've had in quite some time with new companies jumping on board. Last last year the hype was all around David Fetzer's company New Works Theatre Machine being put together out of The Pickle Factory. But after a visit from the Fire Marshall and other issues at the time the company seems to have been put on hiatus along with all of its other productions planned for the year. So while we wait to see what happens with the first company, we'll turn our eyes toward the start of a second... 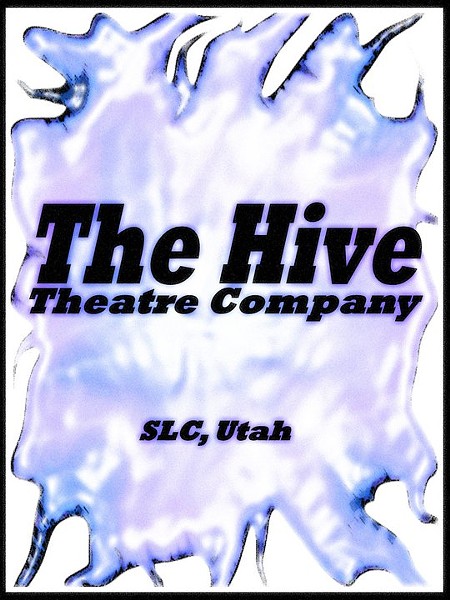 --- The Hive Theatre Company was founded by a married couple last year, taking up residence at The Sugar Space dance studio as part of their season. Over the past few months they've been getting their act together, so to speak, with several comedic and interesting one-act productions from humorist playwright David Ives. Their debut season kicks off next Friday night, and in preparation for it we got a chance to chat with the duo behind it all, Jared & Tiffany Greathouse. Talking about the company and their thoughts on local theatre. (

Gavin: Hey guys! First off, tell us a little bit about yourselves.

Jared: I am the Founder and Artistic Director of The Hive Theatre. I am also an actor, writer, and musician as well. I've always been interested in contributing to the local art scene here in Utah. It's a great state to live in so why not try to make it even better by helping build a stronger artistic community?

Tiffany: I am the Co-Founder and Artist Director of The Hive Theatre Company. Before this adventure, I played drums in the rock band Dacho. Art education, specifically theater, has always been an immense source of joy and enthusiasm for me.

Gavin: What first got you both interested in theater, and what were some early influences on you?

Jared: I was immersed in the theater world from a very early age. Backstage was pretty much daycare for me growing up. However I didn't get too much involved in theater until high school. Before that I was much "too cool." A good teacher finally got through to me and after that there was no looking back. Later on, I had the opportunity to take a trip to the Utah Shakespearean Festival and it was at that time that I decided theater would be a permanent fixture in my life.

Tiffany: Theater has always been a passion for me. I remember watching actors onstage and always wanting to be up there as well. I knew immediately as far back as I can remember that's what I wanted to do. Performing gets in your blood like an infection. It's very addicting and quite fun. I was able to be in many productions in high school were I learned an immense amount, also from a dedicated teacher.

Gavin: Have either of you sought any theater studies in college, or mainly been performing aorund town?

Jared: I studied Theater Arts at Salt Lake Community College for a few years. But most of my best experiences have come from doing various shows at different theaters around town. There are some amazing artists in this valley and I've learned a lot from the handful I've had the opportunity to work with.

Tiffany: After high school, I studied Film at the University of Utah. With that, playing drums for Dacho and working full time, this is the first I've been able to perform since getting my Bachelor of Arts degree. I emphasized in acting and writing, and had the pleasure of working with many talented teachers at the U.

Gavin: When did the two of you meet each other and eventually got married?

Tiffany: We first met while auditioning for a play in high school and didn't get married until 2004.

Gavin: How did the idea come about to start up your own theatre company?

Jared: After a few trips to New York and seeing how vibrant their theater community is, we felt a longing for the same sort of scene here in Salt Lake. We wanted to bring artists together and produce shows that you might not normally see around town. Over the years this idea sort of fermented in our imaginations.

Gavin: What made you decide to call The Sugar Space home rather than set up shop in a more traditional theater?

Tiffany: It's a cool little space and in the heart of Sugar House too. We're actually looking for a more traditional space within our current budget. We would very much like to keep The Hive in Salt Lake. As far as a permanent home, that is still up in the air for The Hive Theatre.

Gavin: For your first production, why did you choose to do a series of one-act plays from David Ives?

Jared: Mr. Ives's work embodies the unique style The Hive aims to achieve. The Philosophical meets the Absurd. Samuel Beckett meets The Three Stooges. It's wild, fun, and cerebral all at the same time.

Gavin: How has it been putting those together and bringing those classic works to life?

Tiffany: Not only did we pick the plays and produce the show, we're also both actors in each play. These characters are amazing and they are such intricate portraits of real humans...and monkeys. It's amazing to get to perform such wonderful art, written by such a mad genius.

Gavin: One of the big driving forces behind the production is that you're doing everything yourselves with little crew involvement. Sets, costumes, props, etc. Why go that route rather than bring on a formal crew?

Jared: MONEY! Seriously though, on a shoestring budget you learn to get creative and utilize your resources. We're hoping to one day be able to afford a large crew and a venue of our own. Until then, we're actually very lucky to be surrounded by talented and hard-working artists who are always willing to lend a hand. We also have been very lucky to find some generous sponsors willing to donate to the cause. Among them are KRCL 90.9 FM and SLUG Magazine. If anyone is interesting in becoming a sponsor, please check out our blog where you will find a secure PayPal "Donate" button.

Gavin: What are your thoughts going into the company's opening night next week?

Tiffany: Hoping to get asses in those seats, man! Come out and support local artists! Besides the plays, we have the funk-grass stylings of Dos Dragones playing live music; the crazy improv comedy troup, Toy Soup; and spoken word poetry by Karen Christensen. It's going to be two very cool nights. Tickets still available on The Sugar Space's website.

Gavin: After this you're going to do your first full production, Baby With The Bathwater. What made you decide on that play, and where are you at in production for that one?

Jared: The older we get, the more people ask us, "When ya' gonna have a baby?" And let's face it, the older my wife gets the more I can hear her clock ticking from across the room. One day it's going to be her asking, "When are we going to have a baby." Needless to say, babies are a common subject these days it seems. And even though we have no announcements to make, at least we can tell people we're doing a play about a baby.

Tiffany: Plus, this show is completely absurd which I love. It's very fun and not something you see on a regular basis.

Gavin: I read that you plan to start writing original plays down the road. Will it simply be yourselves writing, or are there plans to bring in playwrights to contribute to the season?

Tiffany: We plan on doing a locals only one-act festival using a variety of local playwrights some time in the near future. Jared has written a few one-acts of his own and is excited to test them out on real audiences soon. We will read any and all plays we receive.

Gavin: Going into state-wide stuff, what are your thoughts on local theater, both good and bad?

Jared: There are some great theaters doing some great things all over the state. I would like to one day build The Hive up to that level of greatness. But it's going to be a long, hard road and I fully expect to learn a lot along the way.

Jared: It almost seems to me as if theater has become this almost elitist artform for most people that aren't involved in it themselves. I've met some people over the years who have actually never even seen a play. I would like to find a way to get those kind of people out to our shows. We need to come together and find a way to make theater more relevant than ever before.

Tiffany: I'd like to show people that theater really is cool. It always has been, maybe they just didn't realize that shows like the ones we're doing even existed. It's so broad and I'd like more people to see that and possibly grow from their experience. Theater has the power to move and change lives.

Gavin: What are your thoughts on the big push to “bring Broadway” to Utah?

Gavin: Do you feel like local high schools and colleges do enough for their performing arts departments as of late?

Tiffany: I feel that with budget cuts in high schools and tuition hikes in colleges, most children (and soon-to-be-adults) are getting the short end of the stick when it comes to art education. I really want to make sure everyone has the opportunity to learn and grow as an artist. We'd one day like to open an academy where students of all ages can learn the craft, in all aspects.

Gavin: What can we expect from you both and Hive Theatre of you the rest of the year?

Jared: We'll be producing Baby With The Bathwater this fall. We are also currently accepting script submissions for our locals only one-act festival for 2012. Please send submissions to: TheHiveTheatre@hotmail.com.