Unfortunately, the bout was a double-header and I arrived at Layton’s Davis Conference Center late—just in time for the second half of the first bout. At that point, the Hilltop Aces were soundly pounding the After Shocks, commanding a solid 40-point lead with no sign of letting up. Any time the orange-and-purple-clad Shocks (a hard combo to miss on the track) began closing the gap, Aces’ jammers Zelda Cruz and Killa Patra would shut ‘em down with a crushing point rush.

Then, late in the period, After Shocks captain Clam Jammer (with a handful of point-assist jams from Wreck N’ Glamour) unleashed an outta-nowhere tear of scoring that not only evened the two teams up, but quickly left the Hilltop Aces in the dust. When the final seconds ticked off the game clock and the crowd erupted, the final score read After Shocks 142, Hilltop Aces 112.

In the second half of the double-header, SLC men’s roller-derby league Uinta Madness took down Colorado’s Rollin’ Bones, dishing out a dangle-derby defeat of 257 (!) to 67.

Shots from Saturday’s bout (After Shocks in orange, Hilltop Aces in blue): 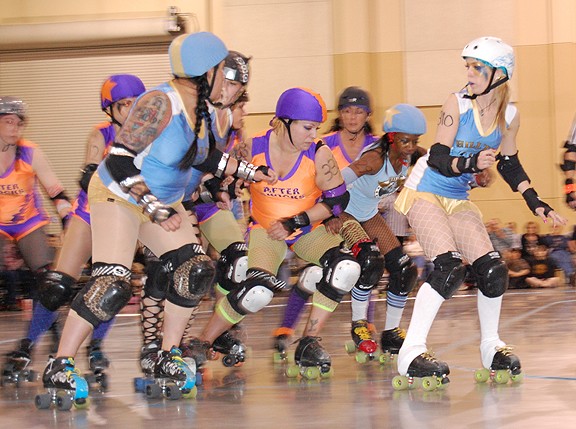 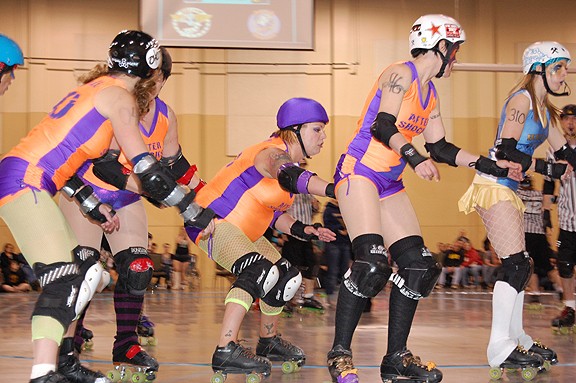 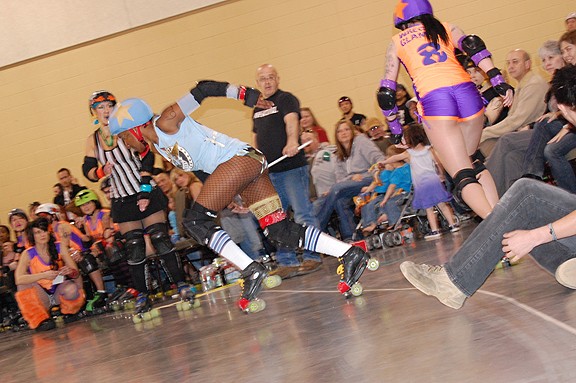