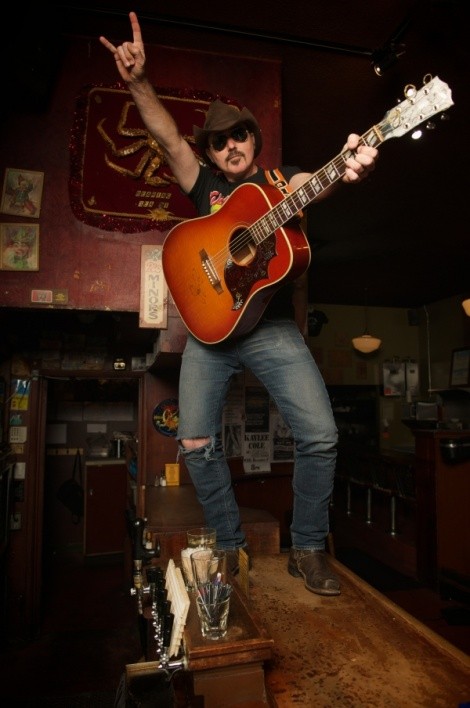 Yes, yes, it's 4/20. Smoke 'em if you got 'em and all that. But then get off the couch and out of the house for some of the fine doin's bein' done around town Wednesday.---

For me, the king of the hill, top of the heap event is Mr. Eddie Spaghetti, the leader of the Supersuckers currently on a solo tour of his countrified album Sundowner. Anyone who has seen Spaghetti either solo or with the band knows he puts on one whale of a show, and tonight will be no different. He'll be doing an in-store mini-show at The Heavy Metal Shop at 6 p.m., then Spaghetti headlines at Burt's Tiki Lounge tonight.

Earlier in the evening, the always entertaining David Sedaris makes another stop in Utah at Kingsbury Hall. His appearances are always hilarious, whether he's sharing tales from the road, recounting pieces he's done on NPR or reading from his books, like his latest, Squirrel Seeks Chipmunk.

Naturally, the 4/20 "holiday" brings with it plenty of reggae shows. At the Complex, you can catch an all-ages gig featuring Afro Omega, Codi Jordan Band, the Sara B Band and Know Ur Roots. Liquid Joe's is hosting Natural Rootz, Leikafekt and Patwa. The Hotel is hosting Strong Arm Steady. And In the Venue has Tribal Seeds and Through The Roots on tap.