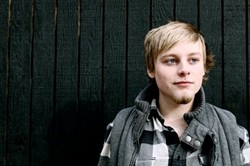 If the title didn't clue you in, today we'll be chatting about four albums that we didn't get to or have no proper showcase and one release show scheduled for tonight. --- So to kick this off we'll start with an apology to The Lunatic. These guys had a release show down in Provo last Friday and we didn't promote it in this blog. But to be fair, they were playing at The Deathstar, which if you haven't been there yet, please go. Its a small punk club (who need a new calendar system) sandwiched between Velour and Muse Music, and to be quite honest, sorely needed in Utah County. Go support it. But back to the point, The Lunatic had a short release in 2009 called The White Demo that floated around with the single “Comprehension”, but it didn't really receive the attention it probably deserved. Now they're out with this brand new EP titled MIlk, which is a pretty good alt-indie release you should check out. You can get it via their Bandcamp website, $3 for digital and $5 for a CD. 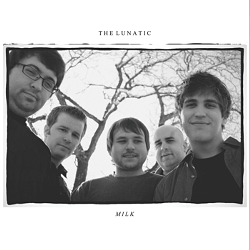 Next up is the latest from localized hip-hop mainstays Sinthesis. Okay, so we share half the band with Minneapolis, but who cares in the longrun. These two have been rocking the scene for the past few years with three good album to their names, the last being Movement 4:6 back in 2007. Since then they've been getting things planned out and recording off-and-on, but now they're back with a brand new EP called Killing Time. Damn fine album, and it couldn't have come any sooner from these guys as local hip-hop rises again after last year's drought. This was released at the start of the month without a release show, but you can pick it up on their Bandcamp website for free.

Next up is a small demo making its way around from the band Discoid A. I saw this briefly at Raunch, and by briefly I mean I saw the CD, looked it up on my phone, and during that two minutes someone grabbed it and bought it. Come to find out that the duo actually has two demos out, one with sixteen tracks and the second has twenty-three! Why they don't just put out a full album is beyond me. You can find links to download both demos via their Facebook page via MediaFire.com. But I totally suggest looking for copies of it on CD as every single copy is different with various artwork drawn on every copy. 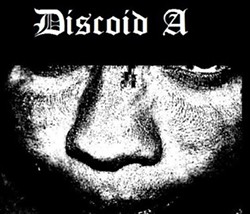 The last of the albums without shows comes from Provo alternative rockers Arson Car. These guys have actually been around since 2004, but have kinda failed to make an impact until now. In fact, by all accounts, this is one of those groups who play for a while, break up, get back together six months later, play for a while, break up, etc etc etc... But it looks like they finally got their act in gear for an actual release as the EP Vestiges officially comes out this Tuesday. You can download it off the group's Bandcamp website for free. As to when they'll be playing a new show, your guess is as good as mine, but when they do get a gig you should probably check them out before they break up again.

Finally the big show to talk about is tonight over at Kilby Court as we see the latest from Burnell Washburn! One of the big local hip-hop names (pictured above) who has been coming up through the ranks over the past couple years, he made a pretty good splash on the scene last year with his EP, The White Dove. Now he makes his proper debut with the full-length album Food & Love. Damn fine album if I do say so myself, but don't take my word alone for it, go check out samples on his website or at the release show. You can catch him live tonight performing with GeorgeLife, Highdro, PigPen & Pat Maine, Hurris & Gig, Dumb Luck, Dusk One & Street Team, plus DJ's Number 2 and Only 2000 hosting. Just $12 at the door starting at 7PM, with albums on sale for $10. We don't have a proper album cover from Washburn, but we do have a music video for you to check out (with the cover in it no less).