Is Hillary Clinton Our Friend? 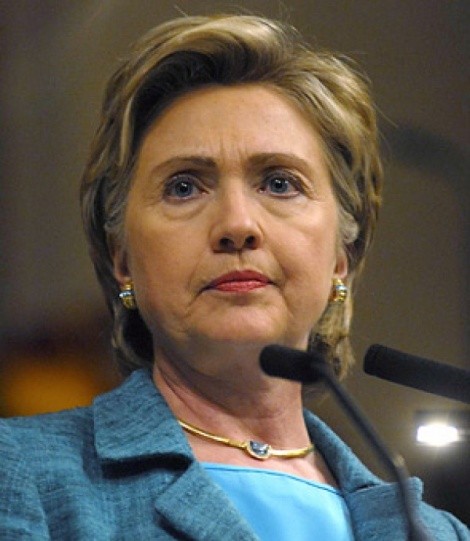 I've never understood why the Honorable Secretary sends right-wing hotheads into such frothy spasms of unhinged, inexplicable terror. But, apart from her many other admirable qualities and accomplishments, her status as the Tea Party's No. 1 boogie-woman makes her a powerful weapon in the Democrats' arsenal.

And, when it comes to LGBT-rights issues, I've always felt -- despite evidence to the contrary -- that, on a brass-tacks level, Clinton is an ally. Mostly.

True, her husband betrayed gay and lesbian Americans by applying the presidential signature to the so-called Defense of Marriage Act in 1996. In fact, the then-First Lady is often quoted as supporting DOMA with the familiar, nonsensical, faux-traditionalist argument that was so popular at the time: "Marriage has got historic, religious and moral content that goes back to the beginning of time, and I think a marriage is as a marriage always has been, between a man and a woman."

Still, Clinton has evolved since then. As U.S. Senator, she voted against the narrowly defeated Federal Marriage Amendment, a draconian 2006 measure that would have constitutionally outlawed marriage equality. Of course, during her 2008 presidential campaign, Clinton again failed to endorse marriage equity, retreating to the politically safe "in favor of civil unions" position.

During her tenure as Secretary of State, Clinton reportedly has become more active in promoting LGBT rights, at an appropriately international, State Department-y, non-domestic scope. This earned her an award from a group I had never before heard of: Gays and Lesbians in Foreign Affairs Agencies.

Here are Clinton's remarks at Monday's GLIFFA event. Still no direct endorsement of marriage equality, but she did say “We have to continue to stand up for the rights and the well-being of LGBT people.” Those are some reassuring words, coming from a U.S. Secretary of State.