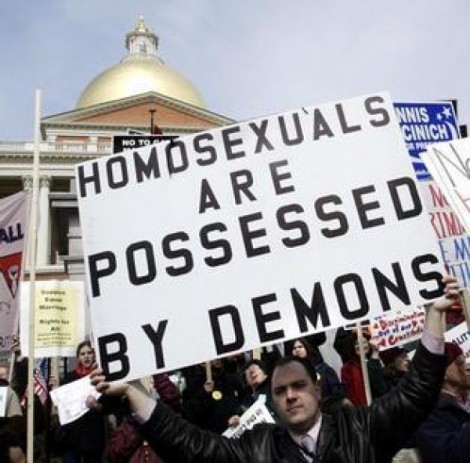 Saturday's Deseret News readers may have been heartened (or horrified) to learn that the Southern Baptist Convention is on the verge of abandoning its habitual anti-gay policies.---

But, as it turns out, that news really was too good to be true.

A June 28 press release issued by the Center for Responsible Christian Living (described as either an LGBT Christian activist group or a bunch of fakers, phonies and hoaxers, depending on whom you ask) reported that the SBC's executive committee adopted a policy statement which:

"Approves the amended and restated position statement on sexuality: 'We affirm God's plan for marriage and sexual intimacy - two partners, for life. We believe that even our most sacred texts must be read in context. With renewed hearts and minds, we conclude that loving and committed homosexual relationships must have the right to acknowledgment in the eyes of God, as well as our own.'"

As it turns out, the committee never adopted any such policy. According to the CRCL, the whole thing was a "friendly prank" intended to "offer a vision of what might be possible. Now we're calling on everyone to contact the real Southern Baptist Convention (615-244-2355) and ask them to make this vision real."

Still, a story headlined "Southern Baptists accept gay marriage" ran in the July 9 issue of the D-News' Faith section and (briefly) appeared on the newspaper's Website, until the hoax was discovered and the story was taken offline:

"The Deseret News regrets the error, and offers apologies to our readers for having failed to do our duty responsibly. Special apologies are directed to the Southern Baptist community."

The hoax was debunked last month when Fox News demonstrated its technical savvy by characterizing the semiotic culture-jamming prank as a "cyberattack."