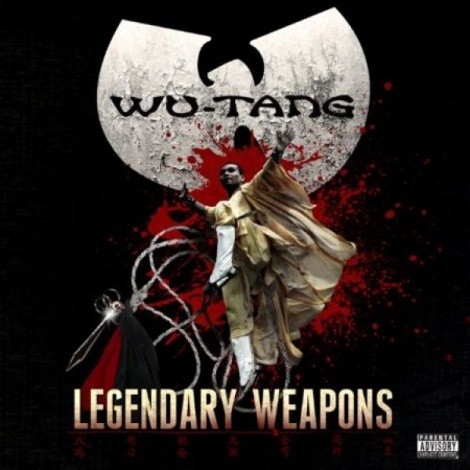 A couple of artists from back-in-the-day release albums to desperately grasp relevancy.---

Kung-fu samples as intros and interludes makes Wu-Tang Clan’s latest release Legendary Weapons reminiscent of their 1993 breakthrough debut, 36 Chambers. However, without GZA and Masta Killer laying down rhymes and without RZA behind the soundboard, the effort comes short of Wu’s best work. If for nothing else than a trip down memory lane (driving around back roads listening to 36 Chambers and doing whatever during those rebellious high school years), this album is worth the listen though.

I can also remember driving around and listening to “Radiation Vibe” off of Fountains of Wayne’s debut album with the windows rolled down...anyway, this isn’t all about me. This nostalgia-rendering band has put out their fifth full-length, Sky Full of Holes, which is more acoustic-y, but still right in line with their pop mentality.

Richard Buckner might look like death, but his career-on-the-margin has persevered since the ‘90s with small shocks from a musical AED, of sorts. The singer-songwriter releases Our Blood today, an album full of lulling, semi-depressing tracks that are, more evocative than they first appear.

The Austin-based band The Deep Blue Sea have a melodramatic sound that crescendos and lulls and has a cinematic air about it. The band’s sophomore self-titled release will appeal to fans of Explosions in the Sky and Mogwai.