Getting right to it, we've got a couple of albums from the past few months to catch up on, and three release shows happening this week. --- Four, if you count Joshua Payne Orchestra's happening tonight, but we already covered their album's release last month, so other than telling you to check out their show at Bar Deluxe with Pablo Blaqk and Cub World (9 p.m. for $6), we'll be passing over that one. We're going to start with a short EP by the band Dwellers, a three-piece self-described “gut rock” band comprised of Joey Toscano, Dave Jones and Zach Hatsis -- collectively, three of the hardest rockers in the state with a handful of bands including Iota, Old Timer, Laughter and SubRosa to their creative credits. You'd think they'd have a heart-pounding metal album, right? ...Wrong. Instead, the three recorded the acoustic-led EP Peace, And Other Horrors back in May, which sounds like the soundtrack to a Tarantino western. You can download it for free off their Bandcamp page, and you should encourage them to make a full-length album.

Speaking of full-length albums, remember that one band called The Elizabethian Report? They left us back in 2009 and moved to Los Angeles to hit it big under the new name Eyes Lips Eyes, but still claim Provo as their home, to a degree. They've been kicking ass on the coast, releasing music videos and a couple of singles here and there, but now they've got a new vinyl album released this past Tuesday. Blue Red is a collection of tracks the band has recorded over the past year, a combination of original works and covers (my personal favorite being Talking Heads' “Psycho Killer”), presented in a fine 12" pressing. You can order a copy at their Bandcamp website, or just snag the digital download.

While we're talking about releases from this past Tuesday, we absolutely need to discuss Ryan Tanner. Probably one of the most influential and creative guitarists in the Utah music scene, Tanner (seen above) has had a hand in Atherton and Paul Jacobson & The Madison Arm, as well as becoming an acclaimed solo performer. Last year, he put out a couple of singles to little fanfare, but this past Tuesday he's finally released his solo acoustic EP Seven Years. It's a good eight songs recorded at June Audio, complete with the KUER favorite “Peaceful Mind,” which was examined in depth with Doug Fabrizio earlier this year on Radio West. You can pick it up on his Bandcamp site (man, that place is getting popular) for just $5.

Moving onto actual shows, we'll start with the latest from Pretty Worms, a four-piece ensemble headed up by Eli Morrison of The Wolfes and Pink Lightnin' fame on bass with Trisha McBride on vocals. The group have been around just over a year playing occasional venue shows but mostly keeping to the unconventional with appearances at Copper Palate Press and the Pickle Factory. This year, the band has released three 7” split albums on Morrison's 8ctopus Records by themselves, the first called Acid, while the other two share self-titled names with Blackhole and The Plastic Furs. The Furs version that you see below came out last week with their release show; now you can check out the other two tomorrow night for the official release show at Burt's Tiki Lounge. Coincidentally, they'll be playing with Blackhole, as well as Handicapitalist. $6 starting at 10 p.m. 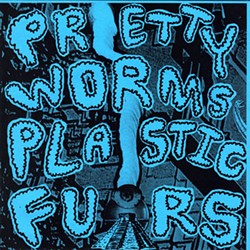 Meanwhile, up in Ogden we'll see the debut release from My Final Estate. Formed in the spring of 2010, the five-piece experimental metalcore band started there and have mainly been playing around Weber County. Beyond what I just wrote, there's not a lot to say about this band as they haven't really left an impression beyond that area. Perhaps they'll be able to change that with their debut EP entitled Isolation. Giving a quick listen to the tracks they'll allow you to check out on their site, it's about what you would expect from metalcore: gut-wrenching grunting, high-pitched screaming, fast-paced drumming and just a hint that they may have watched Metalopocalypse a few times. You can pick up a copy of the EP while watching them playing at The Basement along with Chelsea Grin and Fire In The Skies. $8 in advance, $10 at the door, starting at 7 p.m. 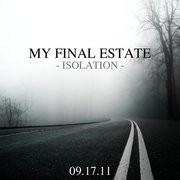 Finally, we check out the latest from Albino Father. As you may recall, the one-man project of Matt Hoenes put out the EP Blanket back in March to some interesting reviews from independent music bloggers and mild acclaim from local psyche rockers. Since that time, one single has come out from the project, “Tiptoe Through The Tulips,” a nod to Tiny Tim who made the song famous with his offbeat ukelele performances and falsetto vocal. This coming Monday, you'll see a new release from the project in the form of a full-length album entitled Age. Only 50 copies are being made, all hand-crafted by Hoenes himself, which will be on sale at the release show. You can catch that show on Sept. 19 at Urban Lounge, with Hoenes playing alongside The Pack A.D., Fox Van Cleef and The Pillar. Just $8 starting at 10 p.m.