'Tis the season for last-minute albums coming out of the woodshed. A few bands are looking to top their year off with a winter album, and a couple are throwing some holiday release shows. --- Let's start with what's already out, and first up is the latest release from Maraloka. The post-hardcore four-piece band is a combination of current and former members of Parallax (read below) and God's Revolver, the latter who seemingly haven't been doing anything of late and now we kinda know why. Maraloka have played a handful of shows in SLC and Provo and have got a pretty good set going; they've definitely become a band to watch for. The group decided to split a self-titled vinyl EP with Denver-based rocker Cannons earlier this month, which sounds pretty damned good. You can download it for $5 or buy the vinyl copy for $15 off their Bandcamp Website.

Next up is the debut release from local rap/rock group The Beginning At Last. The group have been together for roughly four years now, a combination of two emcees with a guitarist and DJ providing the music. As individuals, they've each had their own moments of success, but it wasn't until 2007 that they started putting together this group to bring an edge to the hip-hop scene. Their first full-length album, No Music No Life, dropped a few weeks ago on iTunes and has started popping up at their shows, but hasn't been available for physical purchase at any stores that we know of. The iTunes version is just $10.

Moving from that into a more technical setting, we see the latest release from OK Ikumi. If you wanna talk about one of the busiest performers of 2011, Karl Jorgensen has already released two full-length albums this year, with only The Suicycles having put out more material in a single year by any artist. Now he's wrapping up the year with the release of the six-track EP Aerosol. This one isn't as poppy or rhythm-oriented as the previous two, relying more on atmosphere and settings as the basis for the music. It's still got 8-bit and techno elements throughout the album; totally worth checking out, which you can on the Bandcamp page.

Moving onto the actual release shows, tomorrow night down at Muse Music will be the re-release show and final appearance ever of Parallax! For those of you who may not be familiar, Parallax was a hardcore band from Provo who helped define a lot of the harder music coming out of Utah County at the time, almost in defiance of what was happening during the early '00s when The Used were one of the biggest bands at the time. The group lasted eight years, and many believed they were on the verge of becoming high-profile themselves, but right as their debut full-length album was to hit on (now defunct) Counterintelligence Recordings, lead singer Blake Donner (seen above playing for the crowd) tragically died in August 2006. The band released the album and briefly filled obligations with replacement members, breaking up at a point when the album was receiving national critics' attention. Now as a final farewell to the band, most of the original members have reunited for a one-night performance and re-release of the album, Mediums & Messages, complete with a remastered sound and new album art. You can catch them playing at Muse tomorrow with Despite Despair and Hi-Fi Massacre, just $6 starting at 8 p.m.

For those of you who can't make it down to Provo, here in SLC you can catch the release show for Daisy & The Moonshines. This is one of those bands who are so new, we don't really have much to say about them beyond letting you know they're a five-piece who like to play a style they call "groove grunge." Apparently, the group was formed on a whim a few months back when Shea Ledesma booked a slot on a show for a band that didn't exist. After playing together, they decided to stick to it and recorded their debut self-titled EP in October, now being released on Zookeeper Records this coming Tuesday. You can catch the group tomorrow for the EP release show at Spedelli's along with Max Pain & The Groovies and Dark Seas, just $5 starting at 8 p.m. 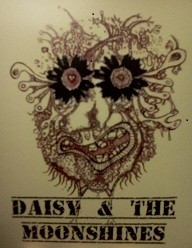