Going into February, we've got four releases to talk about, all from some pretty familiar names,along with a release show set for the weekend. --- First up is the latest release from our old friends in The Old World. To recap a bit, the Ogden rock group went through a bit of a change last year, changing their name and style a bit and capping it off with a self-titled full-length that was one of 2011's better albums. Now the band are circling around before they move forward with the release of their new EP, Era. The four-track album is pretty much a remix of old songs from their prior group, Matt Ben Jackson, just in a different light under the new moniker. You can download the EP for free off the group's Bandcamp page.

Next up is the latest release from Golden Sun. The band kinda slipped under the radar last year, being one of those quiet bands who just appear and start playing shows without a lot of fanfare for doing so, releasing their debut EP Wine Country in the process. Now the four-piece alt-rockers are looking to build on the following they've started to gain with their second EP, Golden Sun. All seven tracks come off very nicely -- not a lot of flash or overstating; everything plays out as a nicely crafted release. You can download it for a “name your price” tag on their Bandcamp page. 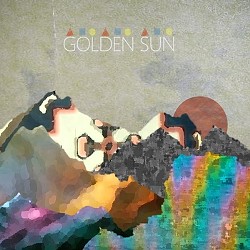 As we progress to harder and harder rock, the next release on the docket is from SLC math rockers Loom. We haven't heard a lot from Loom since the release of their last full-length album, Selva Molhada.( Not including their Digital Bloom card, where you could buy their entire library up until 2010, which you can snag from Big Cartel for $5.) The band (seen above) have been having lineup changes and occasional shows while members work on other projects, but rumblings have been coming out for months that they may be ready to go back to full-time again. The first signal of that may have come out last month with the release of this 7” split with North Dakota-based hardcore band Sleeping In Gethsemane, in which Loom contributed the song “Horizon” to the release. You can pick up a copy for $2 off Inti Records' Bandcamp page, or a physical copy for $5 from the label's main wWebsite. Only 500 physical versions were pressed, so grab one while you can.

And then the final release we have today comes from Provo-based hip-hop artist Apt! We got early previews of this album clear back in the summer of 2011, as samples and clips were starting to be leaked online by Apt himself and fellow collaborators, culminating in the single “Get Down” coming out a couple of months ago. Now, Adam Hochhalter is ready to take his project to the people with the official release of his debut album, Do Yourself In. The snippets that came out earlier this week show a lot of promise from the album, well-constructed beats and well-spoken on the mic, but this album doesn't do a live performance justice. You can catch one tomorrow night, Saturday Feb. 6, at Muse Music for his album release show. He'll be performing alongside Chance Lewis, Regal Beast, Dusk One, StonedTruepers, MC Boyar-D, The Crate Dwellers and surprise guests yet to be named. Just $6, starting at 8 p.m.