South of the Point: A Guide to Drinking in Provo | Buzz Blog

South of the Point: A Guide to Drinking in Provo 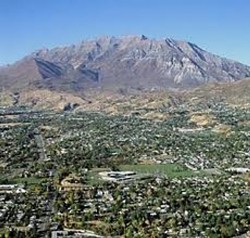 Unlike parts of Louisiana, Texas and nearly all of Kentucky, Utah does not have any dry counties. As such, the purchase and consumption of alcohol is legally allowed in every corner of our Beehive state--- (even though the state liquor laws explain “the state does not promote or encourage the sale or use of alcohol.”). This includes Utah County, much to the (probable) chagrin of the dominant religion. And despite (possible) notions to the contrary, Utah County, especially Provo, offers some pretty awesome places to whet your whistle. You just need to know where to look. 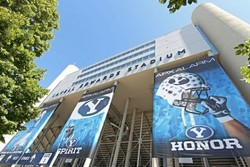 Don't start here. You can't even get caffeine soda here.

Compared to the plethora of drinking venues in Salt Lake County, bars and taverns in Utah County could be considered an endangered species. But what it lacks in quantity, Provo make up for in quality.  Though ironically better known for being home to BYU, a.k.a. Mormon Mecca, Provo boasts three bars: ABG’s, City Limits and The Madison. Each one caters to a different clientele and they are all conveniently located on Center Street.

City Limits is the dive-iest out of the three, with an older group of patrons. Though they do offer some unique drink options like the Bloody-Jager-Bomb (the unholy spawn of a Bloody Mary and a Jager Bomb), City Limits has seen better days. I’ve heard rumors that it was THE place to be back in the day. But those days are but a distant memory. Things are different now. If City Limits were a person, it’d be that grumpy old man remembering how everything was better when he was young and cool. 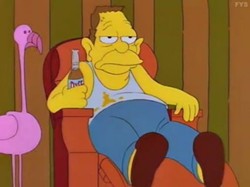 Yes, City Limits is the bar equivalent to Abe Simpson

Not many people know that the formal name of ABG’s is A. Beuford Gifford’s Libation Emporium. But its grandiose name juxtaposed against its down-to-earth facilities just adds to the charm that is ABG’s. Located at 190 West Center Street in Provo, ABG’s offers a wide variety of beers, shots and cocktails. Two pool tables are nearly constantly in use and there are live bands every weekend. But perhaps the best part of ABG’s is the food. They have a full menu that puts other bars’ “pub grub” to shame. The highlight is the different options of BBQ sauce called "Big Mouth BBQ Sauce." It's to die for. Your face will permanently look like this but less hot.

The Madison is the newest addition to Provo’s drinking scene and the only club in Provo. That’s right. You read that correctly. Provo has a club, located at 295 W. Center Street. The first floor is the actual “club” part with a VIP mezzanine on the second. The third floor is a cowboy bar with a completely different style, mood and patrons. It’s kind of bizarre walking up the stairwell listening to “Shots” by LMFAO and then opening a door and hearing “Redneck Woman” by Gretchen Wilson. Don't be alarmed if you see a lot of folks looking like this in the doorway.

If you’d rather avoid the bar scene and drink from home, just hop on over to the Provo Liquor Store at 166 S. Freedom Blvd. But you’d better hurry. It closes at 7 p.m. sharp. After that, you’ll have to travel all the way to Springville’s liquor store. And that means less time drinking.

And, as always, drink responsibly. 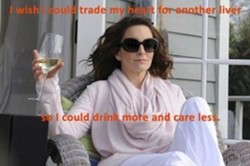