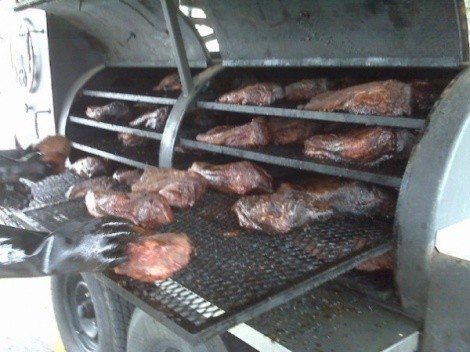 Barbecue experts are already smokin' up at Cutrubus Cadillac in Riverdale for this weekend's Utah BBQ Association's fall barbecue championship. --- Cooks began as early as 9 a.m. Friday for the competition, which will end on Saturday at 4 p.m.

The cook-off is taking place at Cutrubus Cadillac HQ: 770 W. Riverdale Road. It's free and open to the public after 11 a.m. on Saturday, Sept. 29.

I'll be stopping by on Saturday afternoon to announce the winner and present awards. The winners will be announced at 4 p.m.

Here's a list of the teams competing in the fall championship cook-off:

Utah Smoke (T is in!): Taylorsville

Grandpa Jon: Clinton (trying to get there)

Smokey Jakes BBQ: Taylorsville (trying to get there)

C'mon and check out the 'cue!