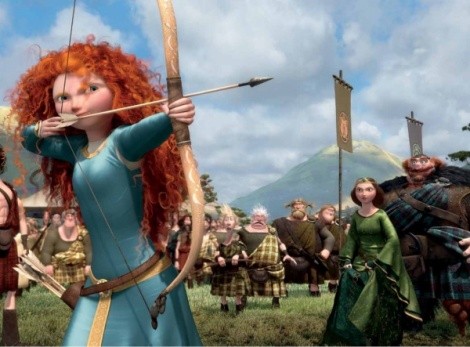 It's a full plate of new offerings at local discount theaters, with animation, documentary, action and comedy. ---

The kid stuff includes Disney/Pixar's Brave, which was curiously dismissed for being yet another "Disney princess" story. Indeed, it's exactly not that; the tale of Scottish princess Merida and her quest to change her fate is a complex deconstruction of family films' myopic celebration of following your bliss, as well as a terrific mother/daughter relationship story. Just watch out for theaters that may be showing the fairly dark film in underlit 3D.

Far less worthwhile on the animation front is Ice Age: Continental Drift, which further demonstrates that this series has virtually nothing going for it except as a Scrat delivery system.

There's far more energy in Premium Rush, with Joseph Gordon-Levitt as a Manhattan bike messenger who winds up with a delivery that puts him in the crosshairs of an unstable cop (Michael Shannon). Written and directed by David Koepp, it's the kind of ruthlessly efficient B-movie that actually makes the designation seem like a compliment rather than an insult.

A bit more directed at the grown-ups are Woody Allen's latest ensemble comedy, To Rome With Love, and the documentary Bully. Woody manages a few decent laughs, but the multipart narrative boasts only one real winner, and never provides a compelling reason for why this movie needed to be set in Rome. And Bully, while well-intentioned, is one of those documentaries more about pushing emotional buttons than delivering compelling or insightful filmmaking.