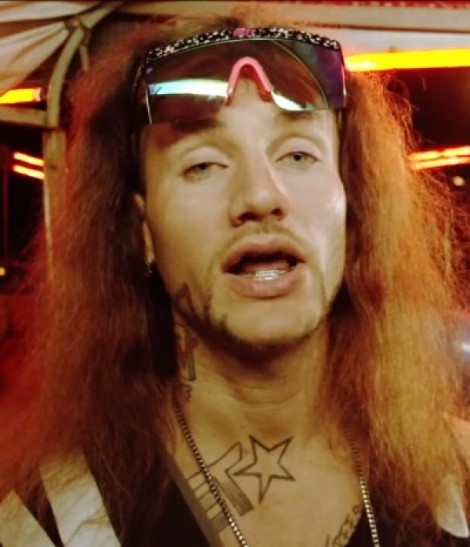 It’s the most wonderful time of the year. Yes, that magical season when the leaves turn orange, there’s unexplained candy in the office and no one judges you for spewing in a banana suit.---It’s also the most stressful time of the year, because if you haven’t pulled the trigger on that hilarious banana suit yet, you’re screwed. Or are you? Believe or not, there’s still plenty of time to eek out a decent Halloween costume without ordering something ridiculously lame and offensive.

To get a few ideas and to “save some time,” I headed over to Savers Thrift Store in Millcreek (3171 E. 3300 South) to check out their weekly Halloween fashion show. Every Thursday at 3 p.m. (and noon this Saturday, Oct. 27) the staff dresses up and parades down the isle while an announcer speaks over the store’s intercom. It’s hilarious. The Savers staff was mostly dressed as clowns, hippies, zombies and rockstars -- you know, traditional Halloween crap. If you've never witnessed a fashion show at a thrift store, I highly recommend it. I snapped a few pics while I was there. Click the photo below to view 'em. 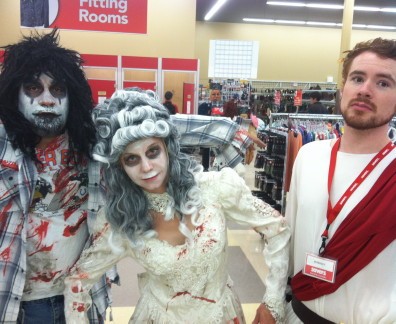 I know, I know, these costumes are obvious “phone-ins,” but the purpose behind this fashion show isn't to suggest you dress as rock n' roll clown (which would be awesome), it's to prove that you can do quite a bit for less than $20. I know everyone wants to be Felix Baumgartner this year, but who the hell has time or money to build a damned Red Bull astronaut suit? Nobody. So, while I browsed the aisles I jotted down a few costume ideas that would be insanely easy to pull off. Just a heads up: There's no mention of Honey Boo Boo, jobless Big Bird or Fifty Shades of Grey. All right, here we go…

If you've never heard of  him, he's the only rapper to somehow make it OK to be shitty at rapping. Finally, white guys can dress up as a rapper who's not Vanilla Ice. I suggest getting a wig, and as for his zig-zag facial hair, just paint it on -- I'm pretty sure he actually does this, anyway. 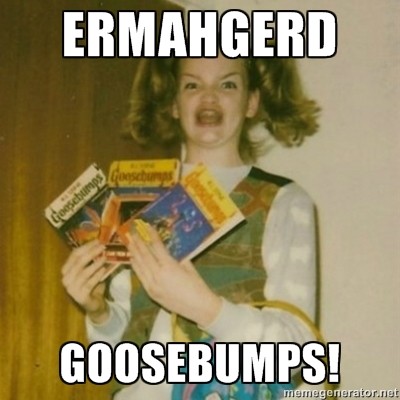 In 2012, the Internet was graced with this fantastic photo of an overly excited Goosebumps fan and it's now commonly known as the Ermagerd meme. Translation: The massive retainer is keeping her from being able to pronounce "Oh My God." Anyway, a vest, a library card, a few paper clips and you're in business.

This video has been viewed over 500 million times, so the odds are that PSY costumes are gonna be everywhere on Halloween. But that's okay, the simple tuxedo get-up is easy to put together and it gives you an excuse to yell at asses all night.  Sure, the song is overplayed, but that only means you get to horsey dance all night.

Gotye and Kimbra from "Somebody That I Used To Know"

Speaking of overplayed, the second-most-abused song of the year is probably the simplest costume. Well, sort of -- all you need is some body paint and an artist who's solid with geometric lines and shapes. The only thing that sucks about this costume is you'll be half-naked while people quote this song to you all night. (Sigh)

Whether it were a scam or not, this movement mobilized millions of college freshman to post a video they had never watched to their Facebook feeds -- therefore, it's still a relevant costume. All you gotta do is rock one of the signs on your chest or, better yet, go as the film's creator, Jason Russel. Time to dust of that flesh-colored body suit.

Easiest costume, hands down. After revisiting this video, I'm still not convinced Patricia Krentcil didn't just rub shoe polish or dry-erase markers on her face every morning. Either way, that's all you need to do to pull this costume off.

That little butt-nut from Moonrise Kingdom

As history has shown us, Wes Anderson's movies are always great to mine for Halloween costumes.The only problem with dressing up as Jared Gilman's character from Moonrise Kingdom is you'll need a bunch of old-timey Davey Crockett gear.

This young lady's lack of smile is undoubtedly the best photo of the 2012 Summer Olympics. Just come up with a grey windbreaker, a purple ribbon, a few flowers and, blamo--your friends will be just as disappointed as McKayala.

So, what am I going to dress up as for Halloween? I'm not quite sure yet. But I'm thinking about going as Mitt Romney's master plan for the economy. I'm not gonna give you any details about it, just trust me that it's really, really good.