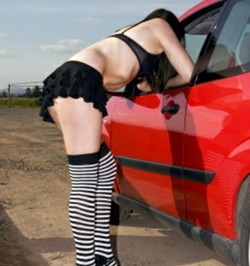 Once a month, The Secret Handshake hand selects the finest gems of Salt Lake City’s Craigslist (aka grundle). As most of you probably know, Craigslist is typically a gold mine for eye-watering WTF posts. However, every so often the gods of CL churn up fodder worthy of a This-Should-Have-Won-A-Pulitzer blog. Unfortunately, not everything makes the cut and the majority of these unused grenades wind up here.--- But don’t be mistaken, they’re just as good…

Text from post (edited for brevity and clarity): A few winters ago, I was driving in about a foot of snow in a '76 Corvette (only car I had) heading south on I-15. I was driving 75 in the middle lane and had just pulled into the left lane to pass a big rig. After I had passed the truck I was going to get back over but couldn't due to other vehicles, so I stayed in the left lane at 75 and continued to pass vehicles in the center lane. Next thing I know, some asshole is about five feet behind me right on my ass in a lifted pickup. I sped up to 80 -- keep in mind there's snow on the ground -- as I wanted to get ahead and get back in the center lane. Finally said fuck it, reached down, put my seat belt on and slammed on the brakes!! I went into a skid just long enough to make the fucker behind me panic and he hit his brakes. I hit the gas and pulled out of the skid (gotta love the handling, even in snow) and this stupid fuck hit the concrete barrier that is in between lanes. I went on to work and he, well, he was late for wherever he was going.

So, if you see a lone white male in the fast lane, going 5 to 10 miles above the speed limit, my advice is don't tailgate. If it's me, I will beat the shit out of and sue the fuck out of you!

What this means: Oh, come on, an angry white male driving a late ‘70s Corvette? Jesus Christ, this guy is a living, breathing Utah stereotype. It doesn't surprise me at all that he killed a guy (in a lifted truck, no less) for getting to close to his pussy wagon. Well, we've always known the I-15 was full of shitty drivers. Now we know it's also full of road-raging rage-aholics who can't put down the rage-ahol.

Fat man wants to be objectified the same as fat chicks

Craigslist title: So, fat guys get no love

Text from post (edited for brevity and clarity): WTF! So, only big girls get the love and all us big guys who are left are crap. Boy, are you guys missing out! Your loss. Just 'cause we are fat does not mean we are not good at pleasing and loving. Your call. 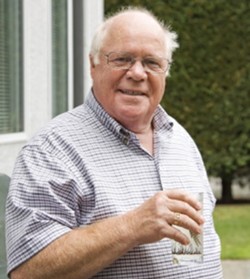 What this means: If this guy wants to score with the ladies, he should stop calling himself fat. It’s degrading and it doesn't help his cause. I suggest voluptuous. But he does makes a valid point -- where’s the love for the husky gentleman? Conversely, I’m a tall, skinny man and I’m soooo sick and tired of not getting the love and attention tall, skinny chicks get. It’s not fair!

I want my daughter back. I mean, I want my bike back

Craigslist title: To the person who stole my bike

Text from post (edited for brevity and clarity): Fuck yourself with a rake and then get hit by a passing semi. Maybe run over by a steamroller, or perhaps torn to pieces by a pack of rabid dogs. Whatever it is, it'd better be excruciatingly painful and very slow. I bet you think that I didn't pay for my bike and that I don't appreciate it. Nope, I paid for it and very much appreciate(d) my bicycle. SO I will hunt you down and find you. Good luck.

What this means: People who steal bikes deserve all the steamrolling and dog biting mentioned above. But I can’t help but think this person is either a huge fan of the film Taken or worse, some idiot who actually stole Liam Neeson’s bike. Pay attention to the last sentence, where he says ‘I will hunt you down and find you. Good Luck.” Tell me you haven’t heard that before.

Text from post (edited for brevity and clarity): I am sure a lot of people see this guy off the I-80 East State Street exit any time you are getting off the exit. This guy sits in a wheelchair all day and holds up a sign that says, “Anything will help.” He begs for money and all the people feel bad for him and give him money. After making hundreds of dollars doing nothing, he rolls to his silver Honda Civic, gets up and folds up his wheelchair in the trunk and drives away. There is nothing wrong with him. He walks, lifts and drives just fine. If you want to help someone in need, this is not the guy. He does not even want to work for the money. He just wants to sit and act crippled and take your money. This guy is a scammer. I have followed him and I know there is nothing wrong with him. He parks his car in front of the Honda Suzuki of Salt Lake. Drive by when he is there and see his silver Honda Civic. Give the money to someone who truly needs it.

What this means: The amount of smug in this post is leading me to believe that whoever wrote it enjoys the smell of his own farts. I know everyone thinks they have what it takes to be a private investigator, but this person needs to find another hobby rather than getting Nat Geo on the homeless. Perhaps the guy borrows the car because he has trouble walking, which would explain the wheelchair. And even if he owns a shitty Civic, at what level of broke is it acceptable for someone to panhandle? Way to go gumshoe, you busted a guy for driving.

Text from post (edited for brevity and clarity): Ask any John or any cop -- those were the good old days, when you just ponied up to get a hot date with a 10 dollar Salt Lake City Female Hooker. In Colorado, they were selling the poontang for a pack of GPC cigarettes. Time to quit wanting to find the love of your life forever on the Internet and REALIZE a HO is a HO is a HO. QUIT BEING A PANSY ... pay that Ho and GO!

What this means: I’m not sure if this guy is advocating for cheaper prostitutes or warning against getting too attached to a prostitute. As Kurupt and Dr. Dre once said, "You can't make a ho a housewife." Either way, he has a solid point: It would be sweet if State St. operated like a prison economy. Who wouldn’t want to purchase goods and service with cigarettes? Hell, for a pack of GPCs you could score a ZJ. If you have to ask, you cant afford it.