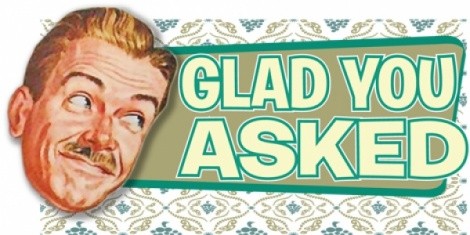 Dear GYA, It appears that Fox News no longer wants me on the air. Fine. Great. Grand. Wonderful.  Now what am I supposed to do? Hmm, do you think Oliver Stone will do a sequel to W? If no one's playing Karl Rove, I could do that. Well damn it, anything to do today before I crawl back in my cave? -Karl Rove---

Karl, If Don Imus can make a come back, so can you. Just hang in there, buddy. In the meantime, here are some options for your day:

Come celebrate the end of Prohibition with Repeal Day at Gracie's. Back in the '20s, they thought booze was the source of society's ills; prove them wrong by dressing up in period costumes and sitting down to a round of blackjack, craps or roulette. City Weekly's The Word will also be there, taking photos and handing out sweet swag. The party starts at 6 p.m.

Austin, Texas-based rock band The Sword will be onstage at Urban Lounge tonight. The band derives much of their doom-metal sound from odd bedfellows like Black Sabbath and Led Zeppelin, while their main lyrical influence is from Norse mythology. Gypsyhawk and American Shark are also on the bill. The show starts at 9 p.m.

For some college-hoops action, check out the University of Utah men's basketball team as they take on Boise State tonight at The Huntsman Center. All you die-hard Utes fan should definitely make it out to this one, as the University of Utah will be honoring the passing of former Utah head coach Rick Majerus. Tip-off is at 6:30 p.m.

A few other options for your day:

- If you're in Park City, check out Geeks Who Drink trivia at The Sidecar, starting at 7:30 p.m.

- The Gallivan Center Ice Rink will be up and running at noon today.