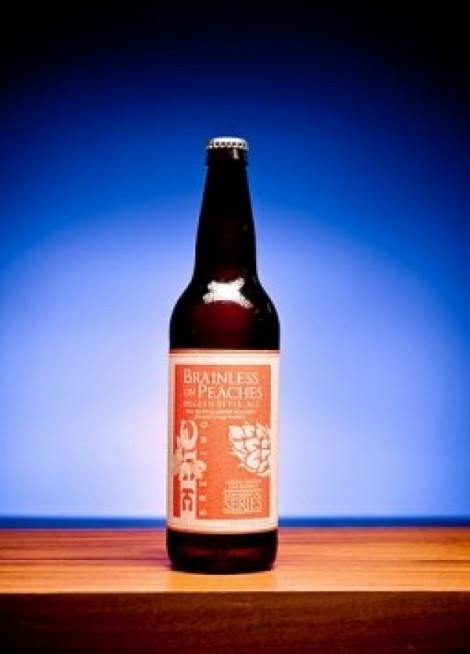 Looking for an epic way to ring in the New Year? Epic Brewing has all the right stuff, including Brainless on Peaches (Release #21), a Belgian-style ale that is aged in French Chardonnay casks with peach puree --- while undergoing a secondary fermentation. It's full of fabulous Epic flavors, with ripe, sweet peaches balancing a tad of tartness, and hints of vanilla from the Chardonnay casks.

Epic also will soon release two more additions to its Exponential Series of brews: Brainless IPA (can't wait for that one!) and Brainless on Raspberries.