Homeland Insecurity: What Became of Margarita? 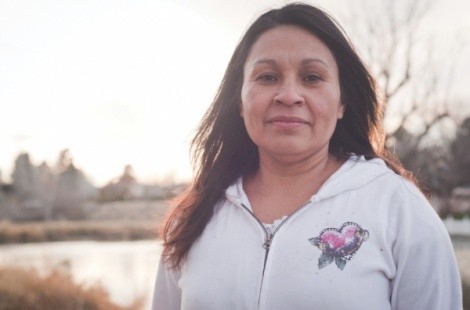 Toward the end of my second interview with Ana Canenguez, the subject of this week’s CW cover story on her battle against deportation, she brings out a backpack she has kept in a cupboard.---

In the quiet of her sparsely decorated, rented rambler in the small leafy town of Tremonton in northern Utah, Canenguez carefully lays out its contents, one item at a time, next to her on the sofa.

It’s the first time she has opened the backpack since Canenguez surrendered to U.S. Border Patrol with her two little boys after they became lost in the desert. The backpack’s owner, Margarita, had been Canenguez’s coyote—border-crossing guide—but the woman, who Canenguez estimated was in her early 30s, had gotten lost and was experiencing sunstroke.

Canenguez had talked to Margarita prior to her collapse and learned that she was a single Mexican mother with two small children who was working as a guide for a man called El Diablo out of economic necessity. She had left her children with El Diablo. Canenguez’s impression of the man she drew from listening to his screams and curses to Margarita on the cell phone as the increasingly worried and confused guide kept calling him for help paints a bleak picture.

Margarita told Canenguez that she needed money to get her children to school, the new term being about to start. But such plans evaporated once Margarita succumbed to the sun and the group she was leading split up. While Canenguez and her children were ultimately released on their own recognizance with instructions to appear before an immigration judge, Canenguez has no knowledge of Margarita’s fate.

Canenguez cries as she unpacks the bag for the first time since she was released by the U.S. Border Patrol. She takes out a T-shirt, a child’s toy, a woman's razor, toothpaste, a phone charger and cell phone—wiped of all messages and phone numbers—and a folded pair of jeans. The clothing items are rumpled, long untouched by human hands. Canenguez looks down at Margarita’s faded blue T-shirt, pressing down on it with the flat of her hand, as if feeling it for some fleeting pulse of life.

Finally, Canenguez retrieves a purple purse from the backpack. She opens it on her lap. Its only contents are two passport photographs of a smiling boy and girl in their school uniforms. She recalls Margarita’s increasingly desperate insistence that she had to get back to Mexico to “prepare my children for school.”

When Canenguez took off in search of her missing youngest son, Margarita told Canenguez she would call U.S Border Patrol to make sure the Salvadoran and her children were rescued. Canenguez knows that Margarita was also picked up by the Americans, but of subsequent events—whether she was deported or jailed for being a guide—Canenguez has no word.

The children's photographs lie on Canenguez’s open palm as she looks at them, until the silence in the living room becomes unbearable and she returns them to the dark hollow of the purse.