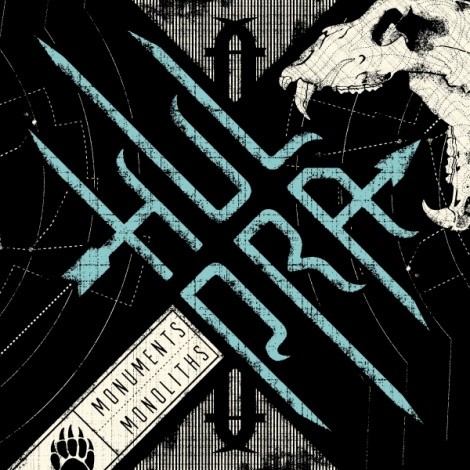 Local post-metal band Huldra have released a monolith of a debut album, one that is thematic and "all of our songs, regardless of lyrical or musical content, are, in some way, about bears." The band talks about a few of the tracks.---

After solidifying a lineup in 2011, followed by a steady diet of gigging, this five-piece caught a few breaks, including being featured in SLUG Magazine’s Localized series and appearances at Doom & Gloom Fest II and Exigent Records' Crucial Fest II. They’ve kept the momentum going and hope to launch their first tour in 2013 to promote this, their first full-length album, which follows up on the Andy Patterson-produced Signals From The Void.

Monuments, Monoliths is 77 minutes of crushing metal riffs juxtaposed by ambient soundscapes. They cite their influences as “music and jokes about bodily functions,” but it’s music more in the vein of Mouth of the Architect, Rosetta, Cult of Luna, Mono, and so on.

To stay current on Huldra’s doings, check out their Facebook page. You can buy Monuments, Monoliths here.

Ursidae was originally a song that Levi had written, and rewritten (repeatedly) that we were planning to put onto another split CD that never materialized. When we put that project to rest, we decided to push forward, and instead recorded a beastly full-length album. Taking Levi's reworked version and again, reworking the song, it transformed from the short seven-minute version to its current, more palatable 12-minute length. Additionally, Scott maintains that all of our songs, regardless of lyrical or musical content, are, in some way, about bears, so we decided to oblige bear enthusiasts, both in and out of the band, by writing a song about bears. So ... this is our song about a bear (and, in fact, it's the concept of the album, as well, so I guess Scott was right).

This song was the first song we ever wrote as a band, and some iteration of it actually predates the appearance of Matt, Scott and Chris in Huldra. Due to its constant transformation, it didn't really fit with the other material when we recorded in the past, and in fact, there was a brief movement to ban it from live shows by some of the members of the band (since retracted).

Upon entering the studio, we weren't sure this song was going to make the cut for the album, but the timing worked this time, and it fit perfectly -- both musically and thematically -- with the rest of the album; who knows why? Perhaps the extended development, but the lyrics for this song are probably the most abstract lyrics in any of our songs and are about an unknown presence watching and the paranoia associated with that. Generally, we're pretty trusting guys, though.

“As Above, So Below”

This is another song that Levi had had kicking around for quite some time that was subjected to, um, an excessive rework process before he was satisfied. We were playing a ton of shows at the time, and only working on new stuff when someone couldn't make practice, so the first time we played it as a full band was at a show after recording the album version! It's a song about dreams and not being able to necessarily draw the lines between what is and is not real.

“The City In The Sky”

Eric brought this song to practice one day, well before we went in to record our last EP. It was another one of those songs we would work on when people were absent, and only sporadically at that. In fact, I think at one point, Eric forgot how to play it, at which point it transformed from 6/8 to 4/4 time. We had thought that it might be a more mellow interlude, but after playing around with it rather extensively it took a completely different sort of tone. Scott failed to stop at what was the end of the song, and after tuning, Matt came back in and we more or less jammed out what would be the second half of the song. After that, the piece flew together rather rapidly under Matt's rhythmic tutelage and just in time for us to unleash it at Crucial Fest II here in SLC. Lyrically, this song is about endings, beginnings and how there is no clear way to distinguish where lines are drawn.