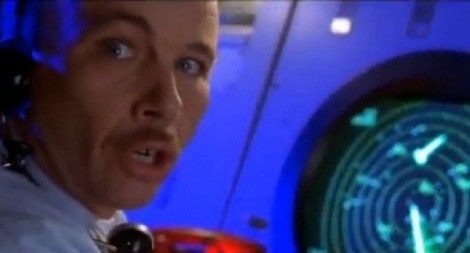 In attempt to shed light on Salt Lake City's inversion problem, Fox 13 has resorted to yet another inadvertent, yet well-placed, dick joke. Yesterday, Fox 13 posted a thermometer graphic from the Utah Division of Environmental Quality to its Facebook page that, for reasons beyond science, has reached climax. Avert your eyes, children...---

Can someone please explain what this graph actually means? And don't say, "Pollution so bad your dick will explode."

The discovery of the blue thermo-wang has incited mixed reactions from Fox 13's Facebook followers, who've posted comments like, "Has nobody at Fox looked at the full image? LMAO," "Um, that's quite the graphic, shooting off the top and all," and "That picture is nasty. For shame. Does it really need to be doing that at the top???"

This isn't the first time Fox 13 has "accidentally" placed a penis-like object into the news. Remember when fill-in weatherman Dan Pope had a raging storm forming in his pants? The clip below will haunt you forever.

If you prefer it in GIF form, I'm here to oblige.

I'm starting to think someone over at Fox 13 is doing this just to see if they can get away with it. Or maybe it's some sort of subliminal strategy to boost ratings. Either way, from now on we'll be ready: