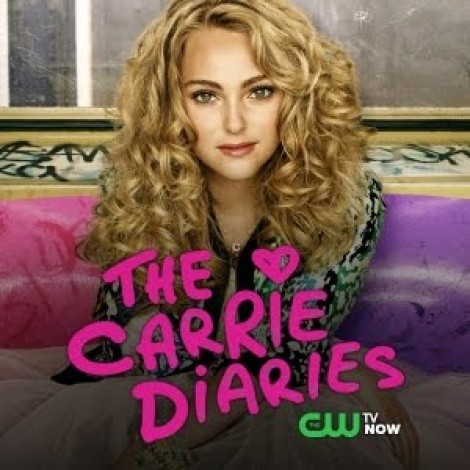 The Carrie Diaries (The CW) Series Debut: It’s Sex & The City: The Wonder Years! It’s 1984! Young Carrie Bradshaw is an intern at Interview magazine! (Other) TV critics seem to like The Carrie Diaries, I’m guessing because 1984-ish was the last time they were remotely cool. ---Me, I only hope that, if this filler-fluff show is a hit, we’ll get a CBS series about a young, bright-eyed Larry David before he Curbed His Enthusiasm.

Continuum (Syfy) Series Debut: There’s a lot to like about Continuum, a Canadian import about a year-2077 cop (Rachel Nichols) hunting time-traveling terrorists in 2012 to preserve the future’s timeline (even though that future is, wait for it, dystopian): smart story, cool effects, etc. But also, something The Only TV Column That Matters™ has been waiting for: the return of Lexa Doig (Andromeda, Stargate SG-1)! Oh, Canada!