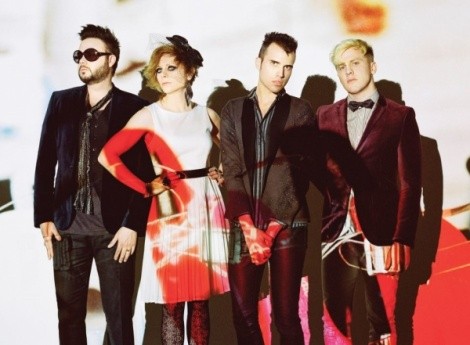 In a Facebook announcement today, Utah County-based, former City Weekly Music Awards winner Neon Trees said that they have cancelled their concert on Wednesday at Park City Live because of an increase in ticket prices that was not agreed upon in the original contract. Instead, they will offer two intimate shows in their hometown Provo this weekend.---

Here’s the statement taken from Facebook, posted on January 21:

“OUR SHOW THIS WEDNESDAY AT SUNDANCE IN PARK CITY UTAH IS CANCELLED. READ ON TO UNDERSTAND WHY, AND ALSO AN EXCITING ANNOUNCEMENT TO ALL UTAH FANS:

Not to get too much into the business side of music and all the things that go into making a show successful, we wanted to explain our reasoning for canceling the show in Park City for Sundance.

Originally and contractually the show was $35 dollars. Tickets went on sale and everything was great. Then without our permission or agreement tickets to the show were now being sold for $50.

We are involved with every facet of our career, down to the details of ticket prices and how it affects our fan base. It's important to us.

When we asked that all tickets be put back to the original and agreed upon price of $35, we were then told some tickets would be sold for $35 and some would continued to be sold for $50. This wasn't what we agreed upon, contractually, and so with that we decided to take ourselves out of the equation completely.

Money... Ours, yours, promoters, it's all serious and we realize everyone works hard for it. We aren't at all comfortable in being a band that is involved with weird business involving money.

That being said we've decided to do TWO intimate SHOWS in PROVO UTAH on FRIDAY NIGHT JANUARY 25TH at VELOUR LIVE MUSIC GALLERY for $10 flat.

Park City Live was contacted for comment and the company responded Tuesday morning with this:

“It’s unfortunate that music fans will not be able to see Neon Trees at Park City Live due to a misunderstanding in the contract. We honored their advanced ticket price and also reserved the right to charge a premium closer to the performance. We understand they want to charge their fans one ticket price and thus, could not ultimately agree on moving forward."