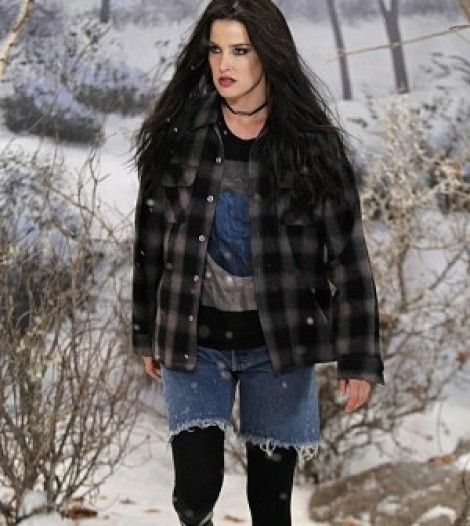 How I Met Your Mother (CBS) Great, more Robin Sparkles—but this time, she gets the rise-and-fall-and-de-Canada-ized Behind the Music treatment. So, that should be funny for about three minutes. ---Must admit, however, that Robin’s Grunge/Alanis phase looks pretty hot … and frightening … and hot again.

Rules of Engagement (CBS) Season Premiere: Seven seasons—Rules of Engagement cannot be killed, so you might as well learn to live with it. As CBS sitcoms go, Rules is less obnoxiously ubiquitous than The Big Bang Theory, livelier than the running-on-fumes-of-fumes Two & a Half Men, less vagina-obsessed than 2 Broke Girls and definitely skinnier than Mike & Molly. Also, it keeps David Spade too busy to make movies; for that alone, ’Merica should be sending fruit baskets to CBS.