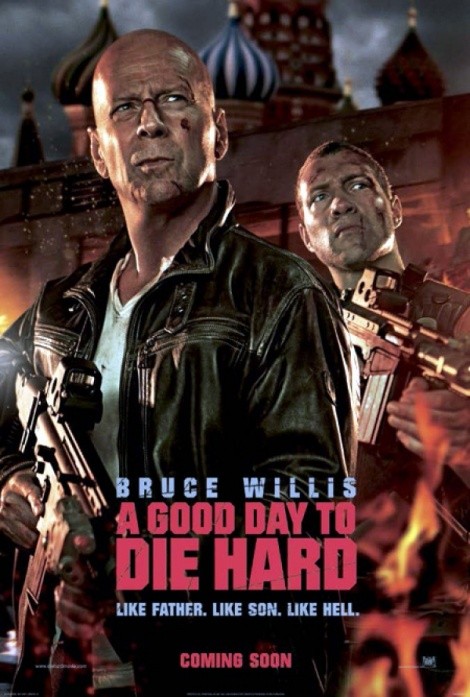 Just when it looked like The Hack Stamp might be lost forever, pun-wielding critics come yippee-ki-yay-ing to the rescue . ---

Bruce Willis' latest John McClane offering, A Good Day to Die Hard, has generally been receiving savage take-downs in reviews. But those who loathe it, those who merely dislike it and those who actually kinda tolerate it appear unified in their desire to play off obvious puns in their write-ups -- mostly snarking about the title.

“Overall, this is a bad day that you'd rather forget.” – Rob Carnevale, The List

“A Good Day to Die Hard signals that it may be a better day for John McClane to retire.” – Bill Goodykoontz, Arizona Republic

“Give [Jai] Courtney the lead role in a spin-off and call it a good day to wrap up.” – Steve Newall, Flicks.co.nz

“Franchise-wise, it’d be a good day to call it a day.” – Elliot Noble, Sky Movies

“Not a good day exactly, but not a goodnight to Die Hard, either.” – Ali Gray, The Shiznit

Others chose a simpler, classic approach:

“The only thing that has died hard is the integrity of this franchise.” – Joe Lozito, Big Picture Big Sound