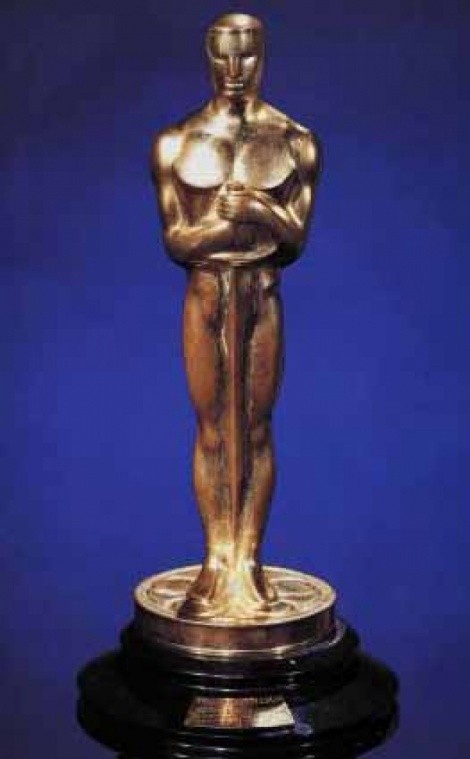 It's impossible to resist them. They suck all the air from the movie-talk room. It's Oscar weekend. And here's who's gonna win (maybe). ---

I already addressed a few of the more obscure categories in a column this week, so I'll simply summarize my picks in Sound Mixing (Les Miserables), Sound Editing (Skyfall), Documentary Short (Mondays at Racine), Costume Design (Anna Karenina) and Cinematography (Skyfall). Onward, with the caveat that a year in which I score 75% feels like a win for me, historically:

The Mortal Locks: Not very many this year, but the consensus seems to be that you can take Daniel-Day Lewis (Best Actor for Lincoln), Anne Hathaway (Best Supporting Actress for Les Miserables), Adele (Original Song for "Skyfall"), Amour (for Best Foreign Language Film) and Les Miserables (for Makeup/Hairstyling) to the bank.

The Safe-ish Bets: Lincoln seems like it's going to beat out Anna Karenina for Production Design, while Tony Kushner's adapted screenplay for Lincoln is also considered the front-runner. Meanwhile, Life of Pi seems to have the inside track for both Visual Effects and Original Score. Searching for Sugar Man has been out front in the Documentary Feature category for what seems like forever (which perhaps should make us nervous). And yes, Argo continues to look like it's going to sweep toward the Best Picture award, taking Editing along with it.

Toss-Ups: With Ben Affleck not in the mix -- where, curiously, he'd probably be the favorite right now -- Steven Spielberg emerged as the popular choice for Lincoln. But I'm going with Ang Lee for Life of Pi, a technically demanding film, also taking into account people who think Lincoln was all about Day-Lewis' performance. Pixar's Paperman was a much-loved pick for Animated Short, but Adam and Dog feels like the stronger pick now. Original Screenplay could go to Quentin Tarantino for Django Unchained, but I'm betting that it turned off enough Academy voters that Amour will sneak in; I'm also taking a gamble on Emmanuelle Riva from Amour getting the "never-honored-veteran pick" over the younger, we'll-make-it-up-to-her-down-the-road Jennifer Lawrence or Jessica Chastain. Meanwhile, Wreck-It Ralph will sneak ahead of Disney-sibling Brave for Animated Feature.

Pure Guesswork: Literally anyone could take Supporting Actor (well, except maybe Alan Arkin), a category full of former winners. Christoph Waltz and Tommy Lee Jones certainly have a better-than-decent shot, but I'll play my hunch that Robert DeNiro wins for reminding everyone that when he's not just doing paycheck work, he's still pretty great. And Live-Action Short? What the hell, I'll ride with the conventional wisdom that Curfew is the one to beat.